The Control of Bleeding

The Control of Bleeding

The most dangerous peri-operative complication related to surgery was uncontrolled bleeding, so that hemostasis has always been an critical and challenging problem. There were a number of inventive ways in which surgeons attempted to control the loss of blood. 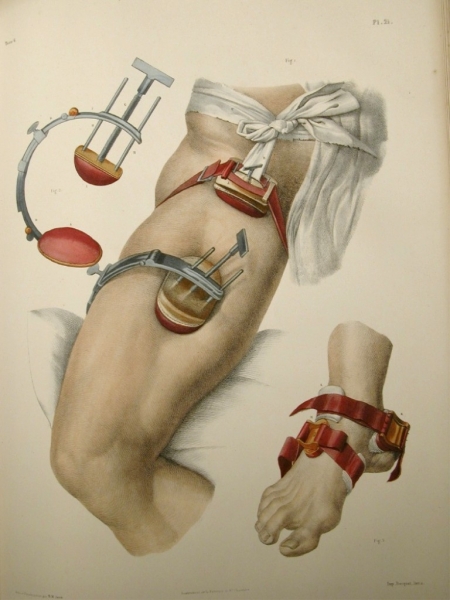 Traité complet d’anatomie de l’homme, 2nd ed. (1866–1871) by J.M. Bourgery, Claude Bernard, and N.H. Jacob
Certainly no device in the history of medicine has been more popular for the control of bleeding than the tourniquet. The application of pressure to control blood loss is a natural reaction, though it was not until 1674 that Morell reported the use of a field tourniquet when he attached a cord to a wooden rod, and twisted it to achieve hemostasis. Here illustrated are the two most common methods of controlling blood loss in the nineteenth century.
,

Petit tourniquet
Jean-Louis Petit invented this very screw device as as way of managing bleeding in 1718; similar devices are still in use today.
, 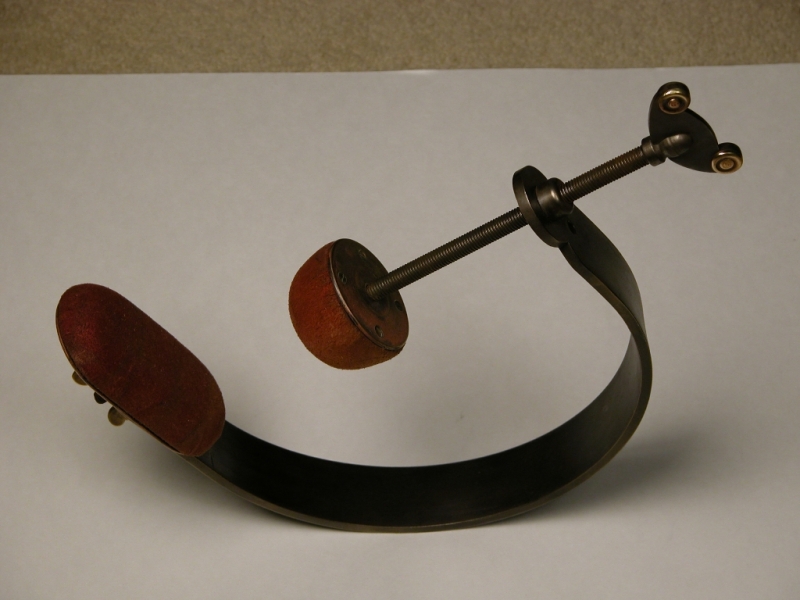 Jean-Louis Petit invented this very screw device as as way of managing bleeding in 1718; similar devices are still in use today.
This large tourniquet would have been used to control abdominal bleeding or following the amputation of a lower extremity.
, 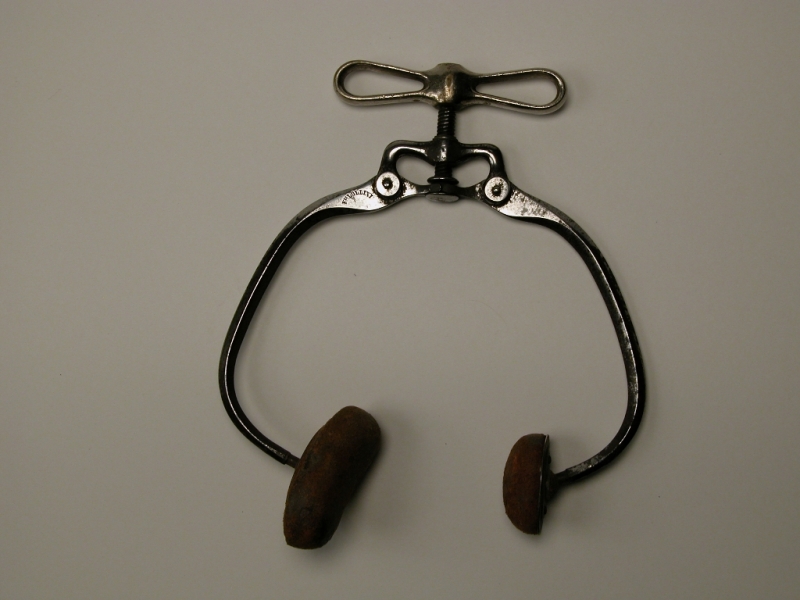 arterial tourniquet by Fli Loollini (ca. 1860)
This is a smaller tourniquet to be used on the upper extremity.
, 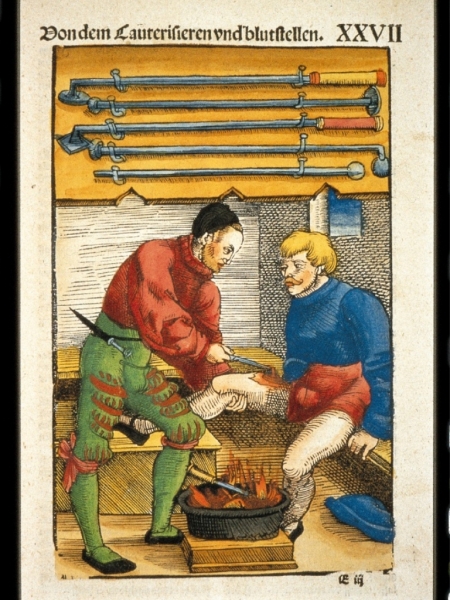 Feldtbüch der Wundartzney (1517) by Hans von Gersdorff
One of the earliest and one of the most feared techniques of hemostasis was the cautery. While there was almost instant hemostasis, this technique also provided the patient with a degree of wound sterilization.
, 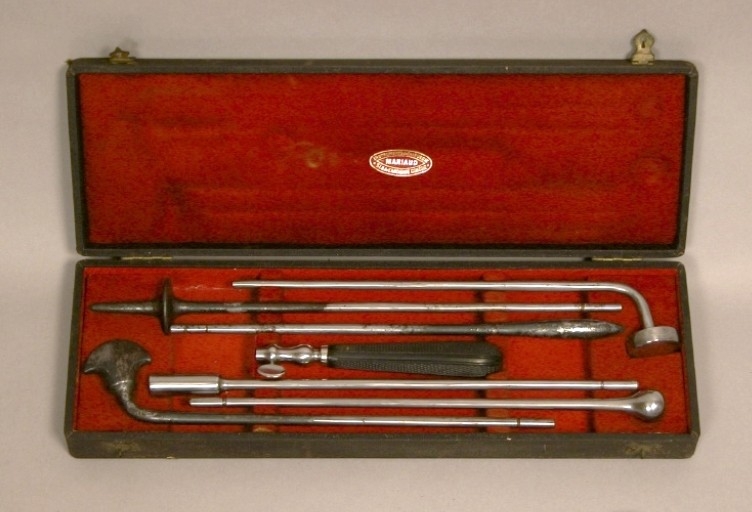 bullet cautery (ca. 1860)
This instrument was to be used specifically to cauterize a gunshot wound.
, 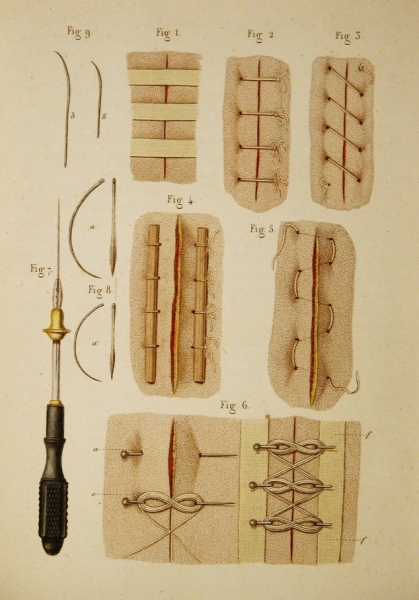 Illustrated Manuel of Operative Surgery by Bernard & Huette (1855)
Another of the many contributions by the great sixteenth century French surgeon Ambroise Pare was his use of the ligature for the control of bleeding. Here are a number of early suturing techniques.
, 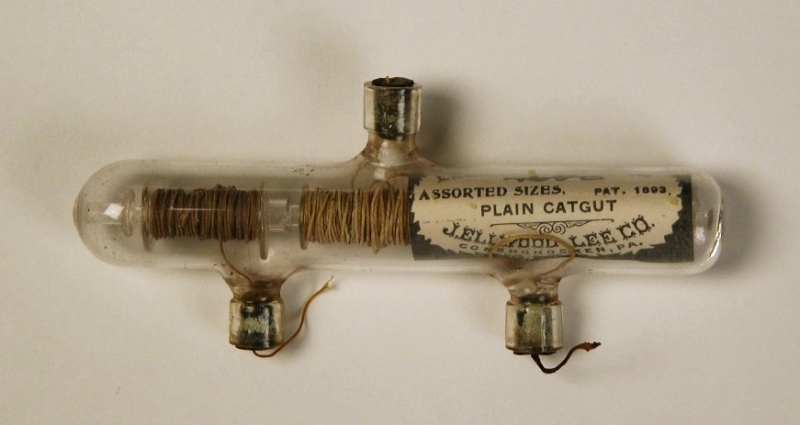 assorted sizes of catgut
Catgut was one of several animal materials that has been used as suture material through the nineteenth century.
Centennial Tiemann Exhibition Set Anesthesia