Most medications in the United States prior to 1880 came from England and Europe where heads of state regularly gave “patents” to their favorite manufacturers. “Patent medicines” are those with disclosed ingredients and were initially imported with great success since production in the colonies was limited. 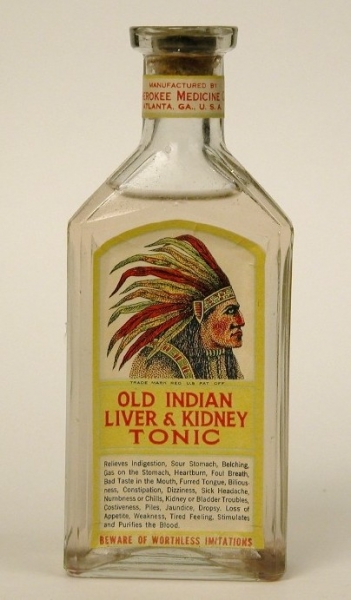 Old Indian Liver & Kidney Tonic
Home remedies and "Indian cures" were very popular during the end of the nineteenth century.
, 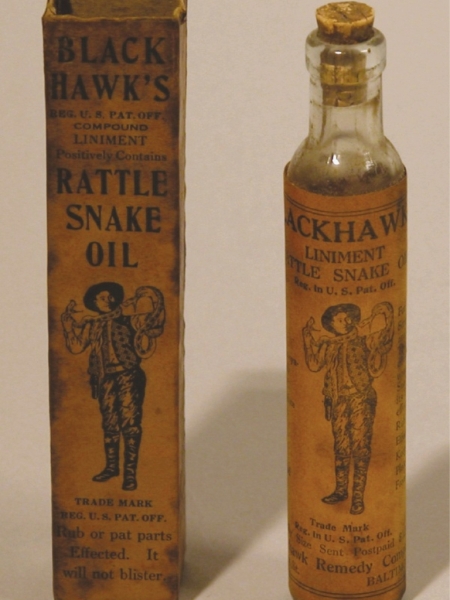 Blackhawk’s Rattlesnake Oil (ca. 1880)
The whole era is represented by the now famous snake oil. This liniment was popularly used for musculoskeletal complaints with the advertised expectation that the reptile’s flexible nature could be transferred to the patient by topical application.
, 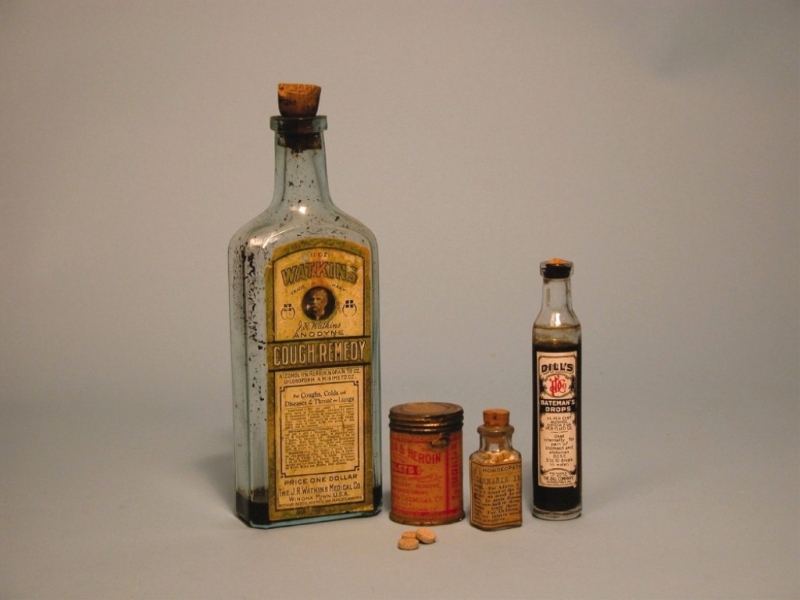 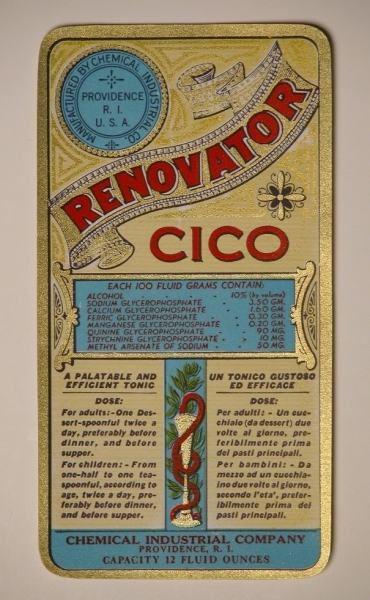 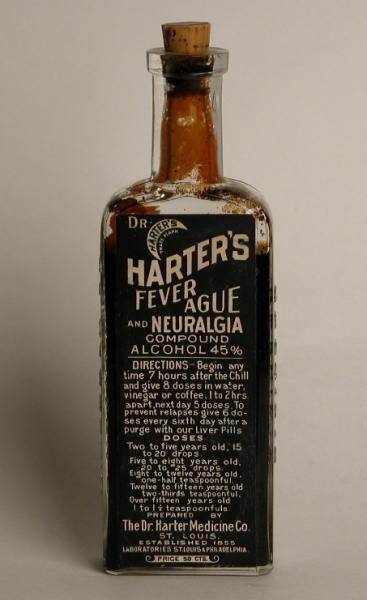 Harter's fever Ague and Neuralgia Compound
This preparation contained 45% alcohol with the first doses to be given to children at the age of 2 years old. Alcholol containing preparations were obviously very popular.
, 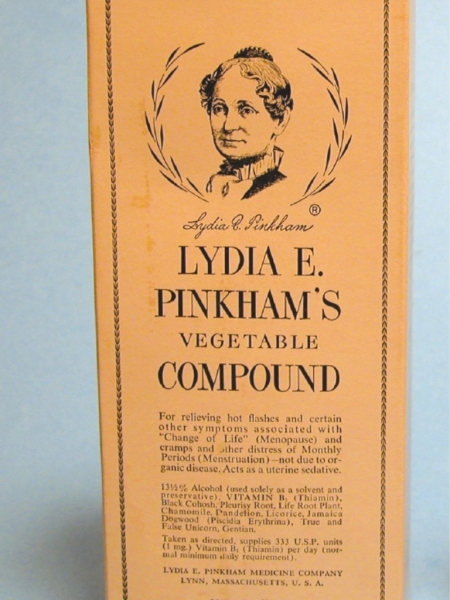 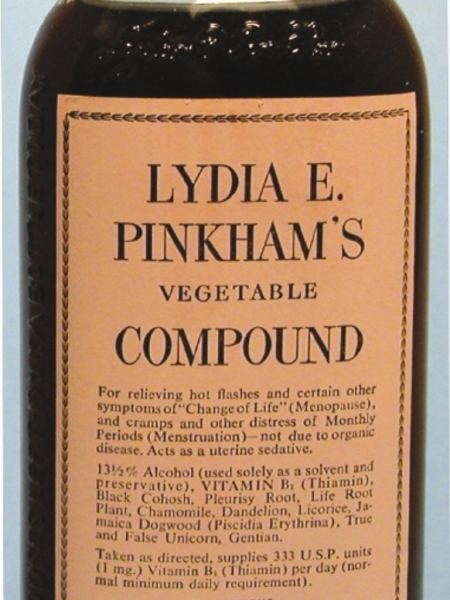 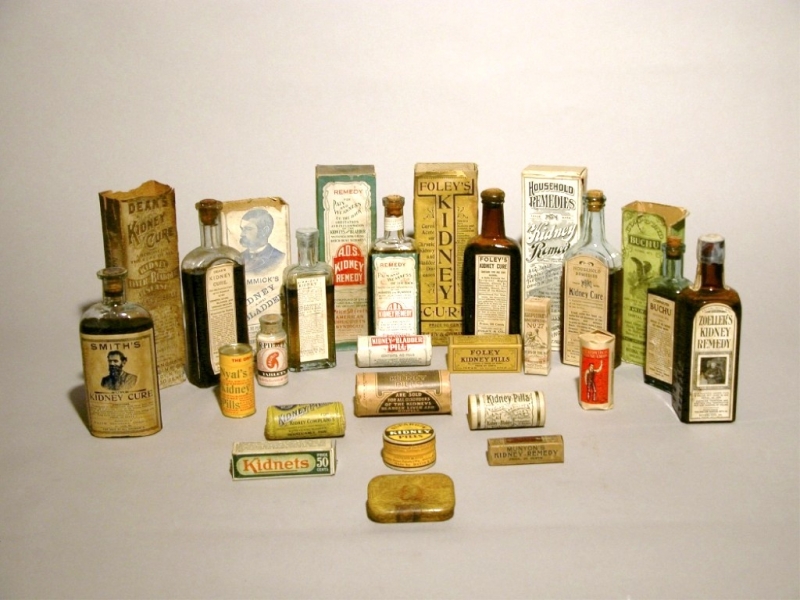 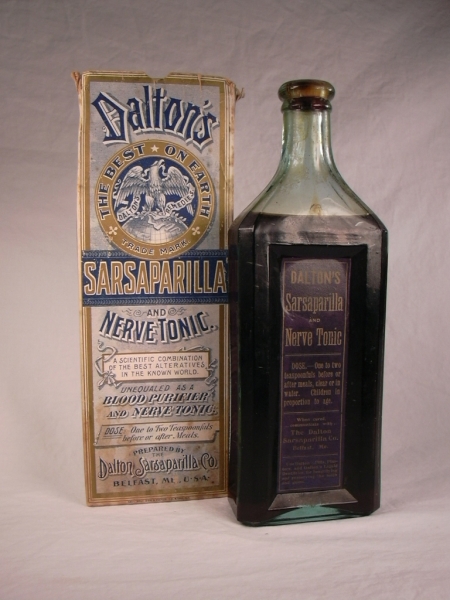 Dalton's Sarsaparilla and Nerve Tonic
Smilax regelii is a vine that is native to Central America and was thought to have medicinal properties including an early treatment for syphilis. Other claims included its effectiveness for the treatment of eczema, psoriasis, arthritis, herpes, and leprosy.
, 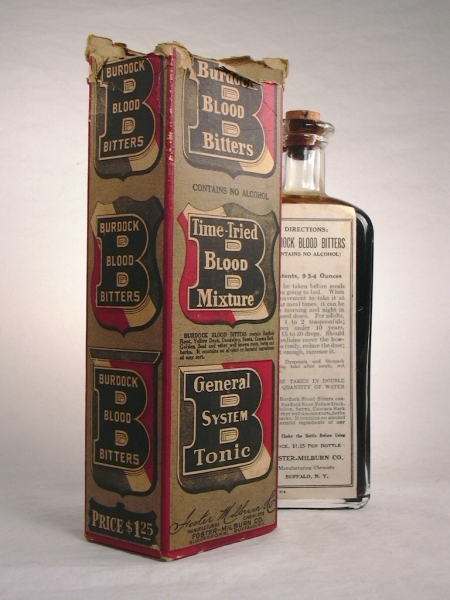 Burdock Blood Bitters
Bitters were patent medications flavored with herbs that contained alcohol but no sugar, and thus the designation "bitters." They were primarily to be used as an aid in digestion.
, 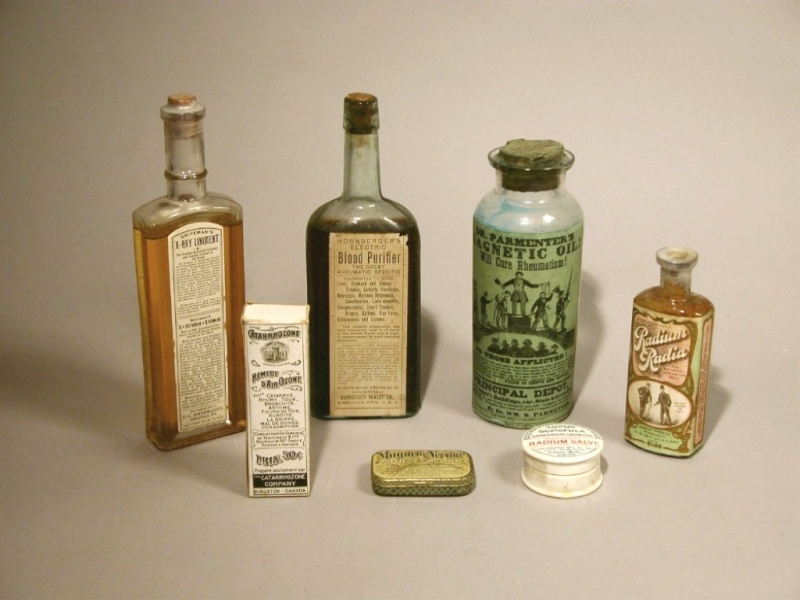 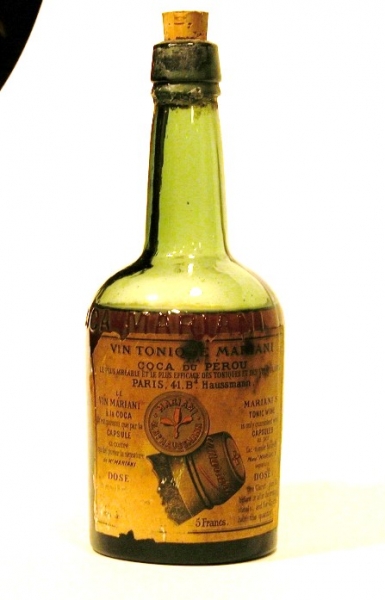 Vin Mariana (with cocaine)
Vin Mariani was a very popular wine and coca product invented by Corsican chemist Angelo Mariani that was sold in both Europe and the United States. It was so popular that American John Pemberton manufactured a similar product that he called French Wine Coca. Because of the temerance movement at the time, Pemberton removed the alcohol and his product evolved into the modern day Coca Cola.
, 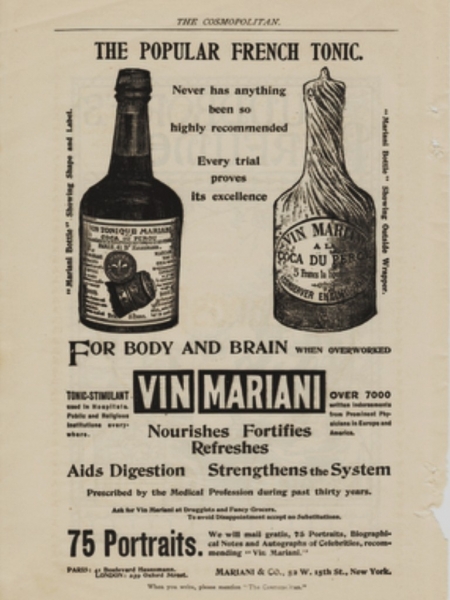 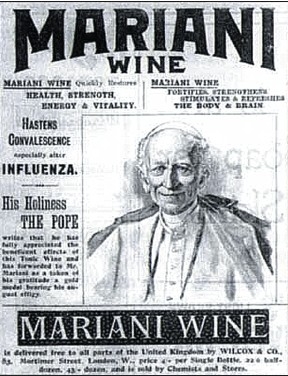 Vin Mariani with endorsement of the Pope
Vin Mariani received numerous testimonials from the rich and famous, including Thomas Edison, Queen Victoria, and three Popes. In fact, Pope Leo XIII awarded the coca containing Vin Mariani a gold medal “in recognition of benefits received from the use of Mariani’s tonic.”
,

Belle of Marion prescription whiskey (ca. 1930)
During prohibition, alcohol could be distributed by prescription "for medicinal purposes only."
, 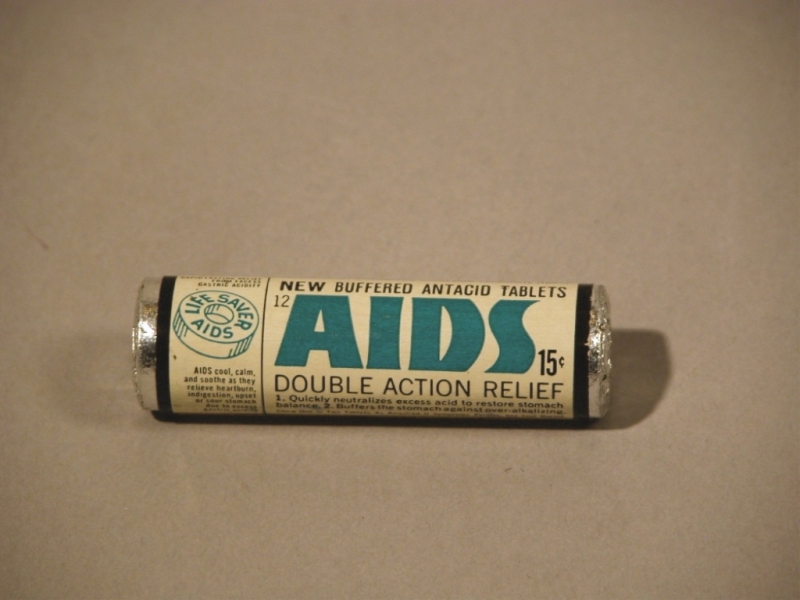 AIDS, a buffered antacid (ca. 1980)
This antacid was introduced just months before discovery of the AIDS virus and quickly failed, an example of unlucky marketing.
Early Pharmacy and Theories of Therapy The Apothecary Shoppe