For centuries the practice of removing stones, or lithotomy, was looked down upon by the medical profession as a trade best left to traveling barber-surgeons, who included in their resume other minor surgical procedures such as dental extractions, bloodletting, abscess drainage, and fracture repair. Death was certain without intervention and the chance of survival from lithotomy was about 10 per cent, so physicians avoided taking on this challenge. Dr. Sydenham commented, “The patient suffers until he is finally consumed by both age and illness, and the poor man is happy to die.” 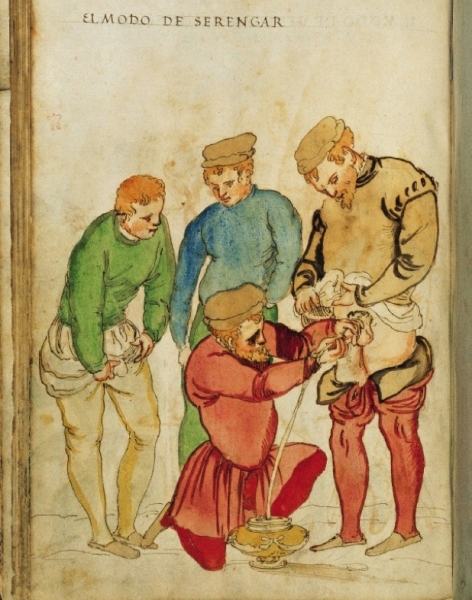 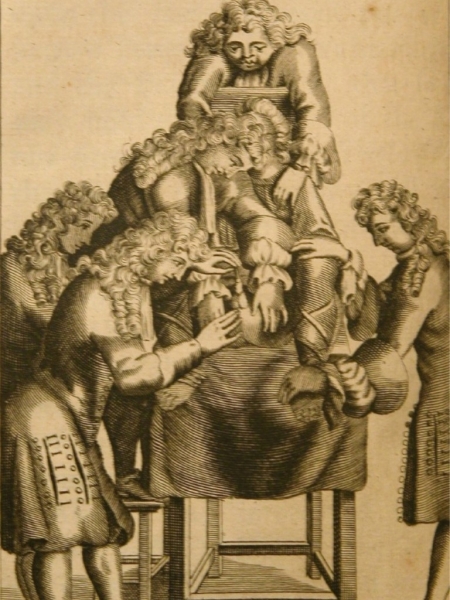 A Compleat Treatise of the Stone and Gravel (1710) by John Greenfield, MD
eighteenth century surgical treatment of kidney stones
, 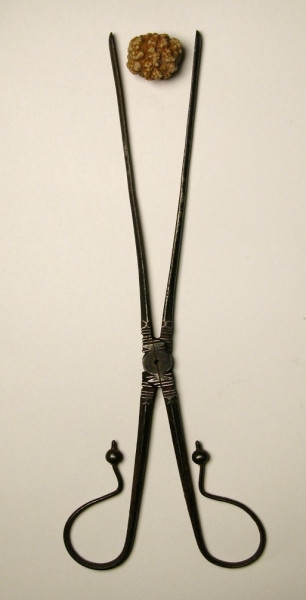 lithotomy forceps (sixteenth century) with a large bladder stone
Bladder stones were much more common prior to the nineteenth century than they are now, perhaps because of increased food and water impurities.
, 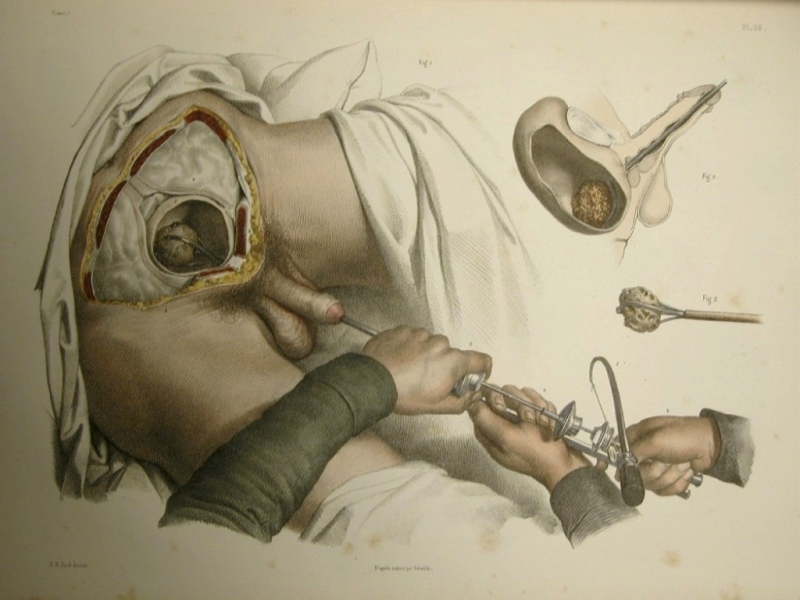 Traité complet d'anatomie de l'homme (1866-1871), 2nd ed. by Bourgery, Bernard, and Jacob
This instrument (used prior to the discovery of anesthesia), initially caught the stone with a claw, drilled it to smaller pieces, and then removed the smaller fragments by the same claw.
, 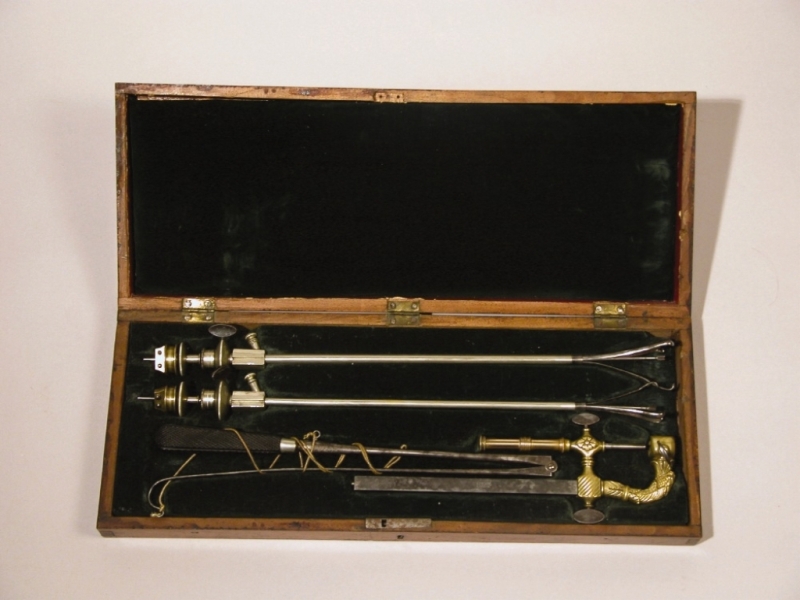 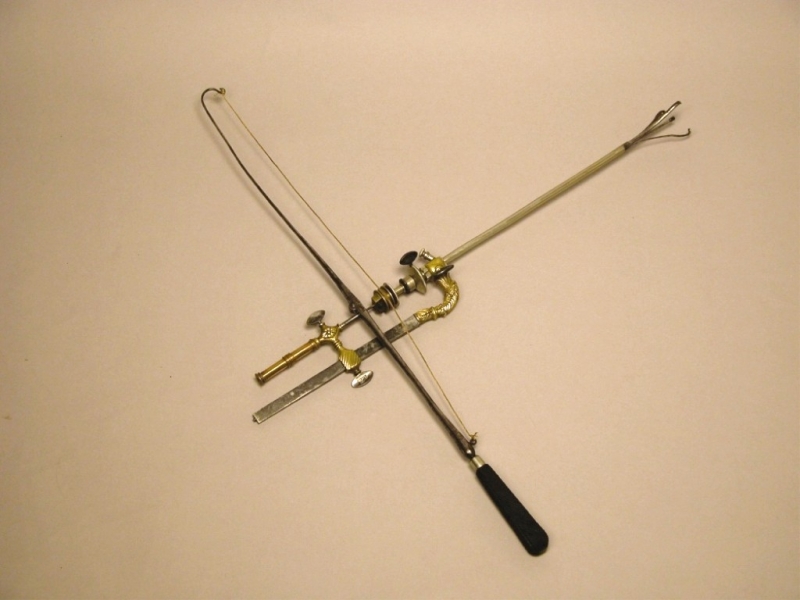 lithotrite by Bergamini ca. 1840
another instrument which caught and drilled large bladder stones to fragments before removal
, 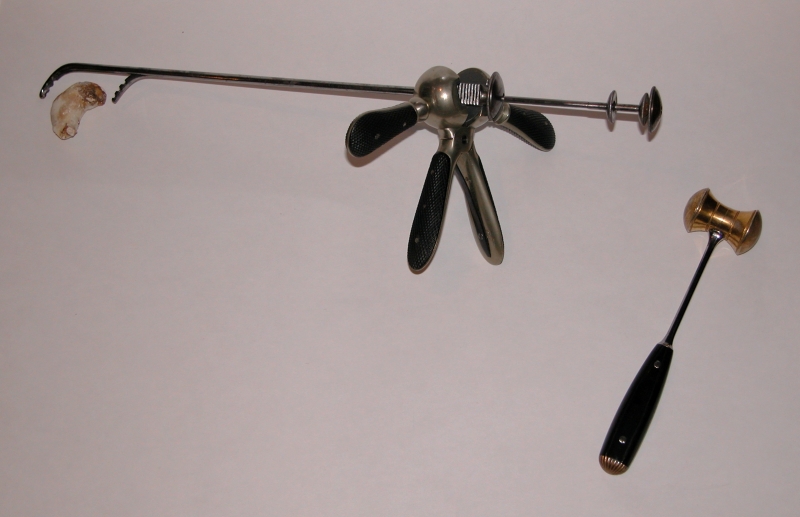 Heurteloup's percussion lithotrite with staghorn calculus (ca. 1840)
This lithortrite was held by the handle and struck with a hammer to break up the stone before removal. In this set, the lithotrite was by Charriere, the hammer by Collin, and the handle by Cazaran.
, 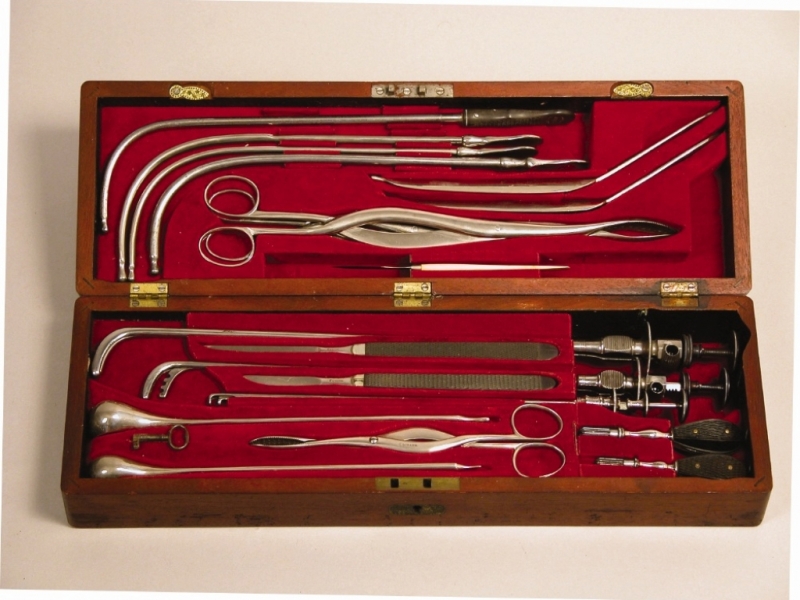 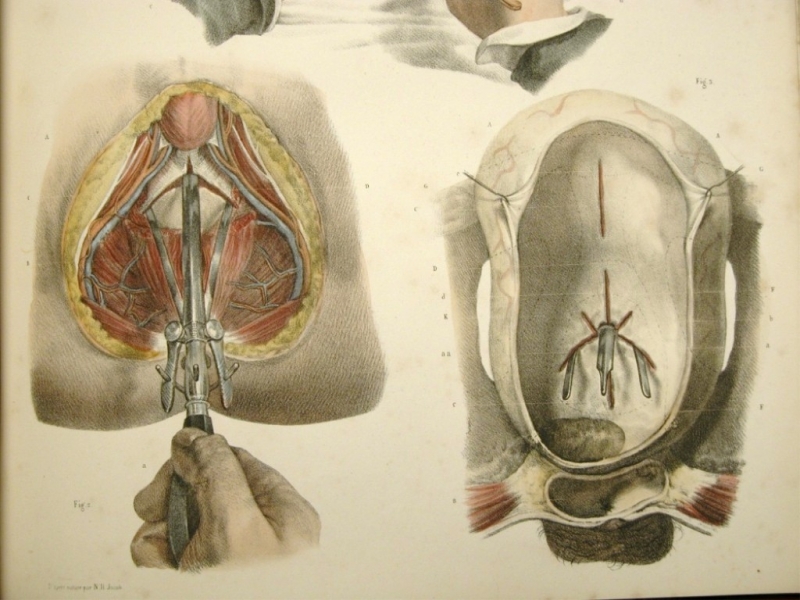 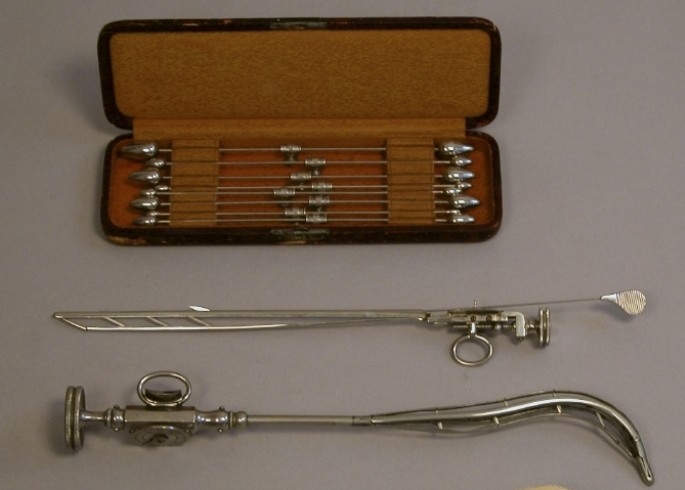 exhibition urethretome by Luer
This instrument contained a small blade which slid down the urethra to enlarge the passage.
, 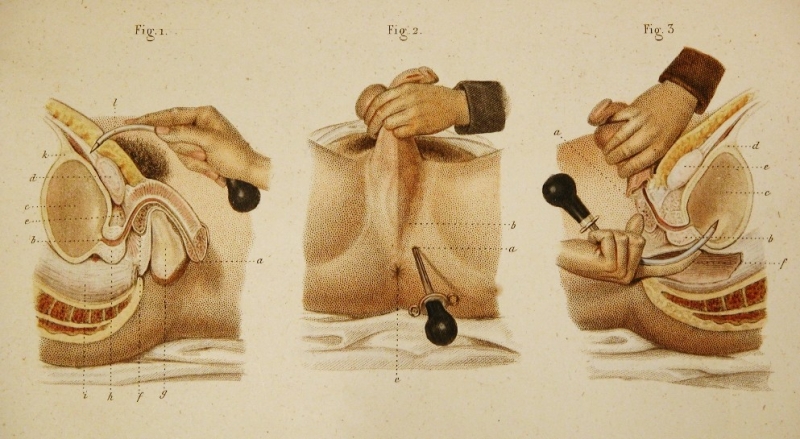 Illustrated Manuel of Operative Surgery (1855) by Bernard & Huette
A cock's trocar was inserted by way of the rectum into the bladder to give relief for acute urinary obstruction. It could be worn by the user chronically to divert the urinary stream until healing took place or a more permanent repair could take palce (if possible).
, 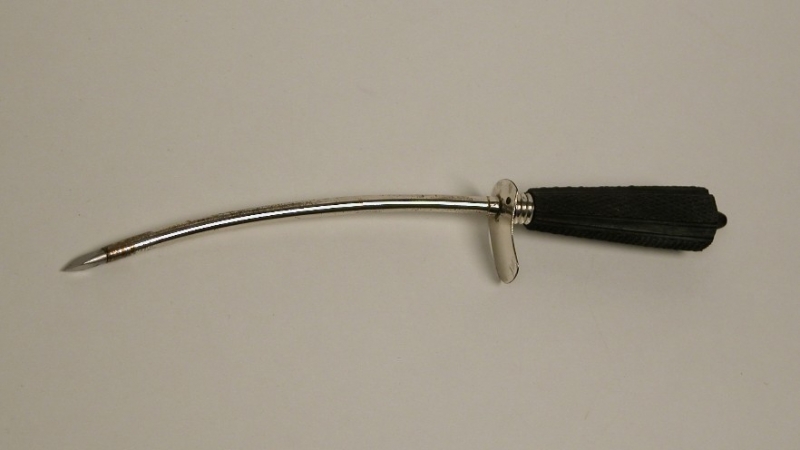 Cock's trocar, nineteenth century
Though a gruesome instrument, this catheter was welcomed by the sufferer of a lower urinary tract obstruction since its introduction directly into to bladder gave instant lifesaving relief.
, 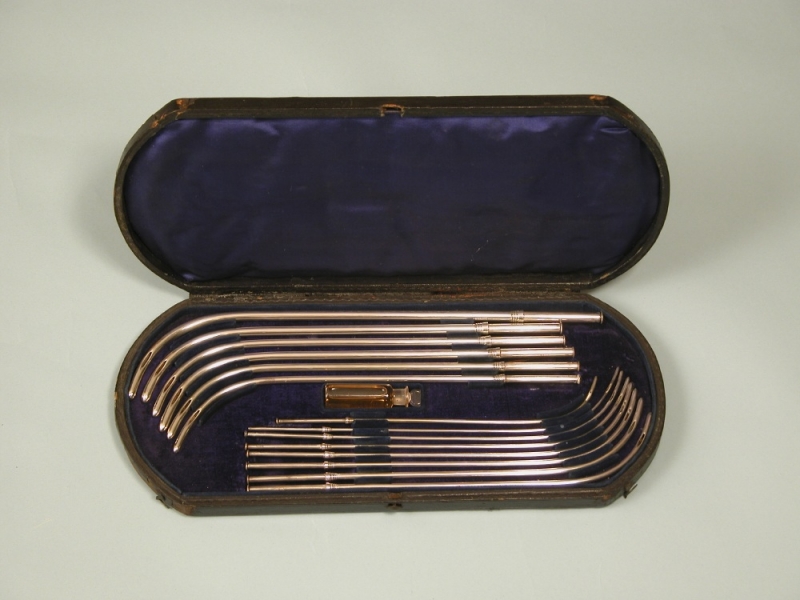