Beautiful anatomic representations of the female anatomy well preceded the attention that physicians paid to the diagnosis and treatment of women's diseases. 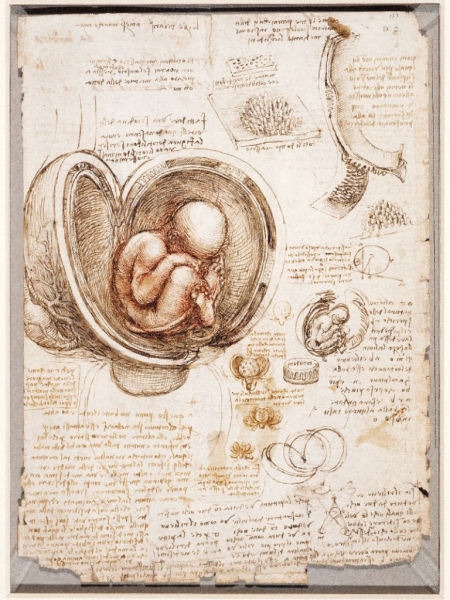 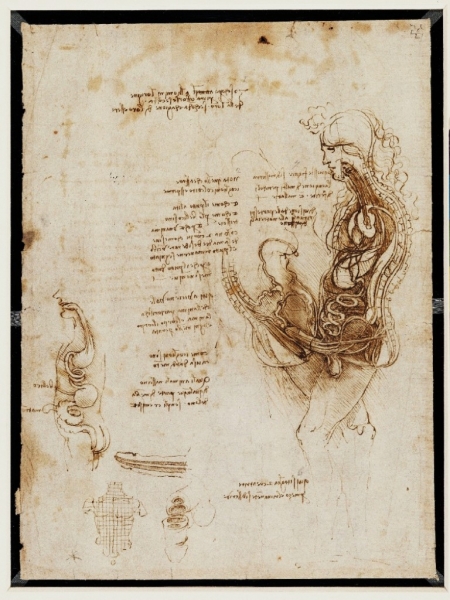 sketch of procreation (ca. 1500) by Leonardo da Vinci
Leonardo da Vinci perpetuated a passive female role in reproduction in the sixteenth century when he sketched a direct anatomic relationship between the male reproductive organs and his brain and heart. In reality, there is no such connection. Da Vinci’s drawing reflects a pervasive view that the child was made up only of elements from the male’s heart and soul, the woman acting only as an incubator.
, 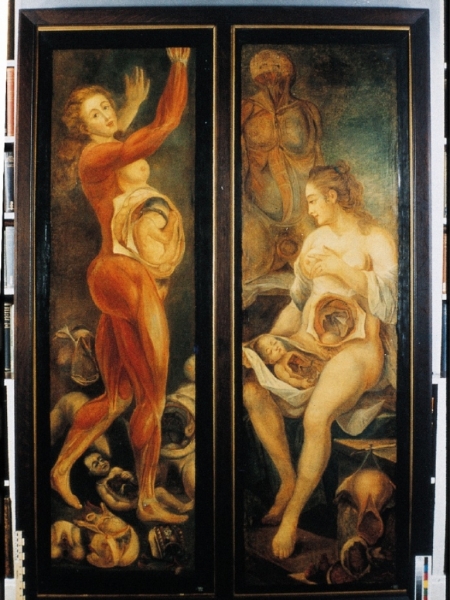 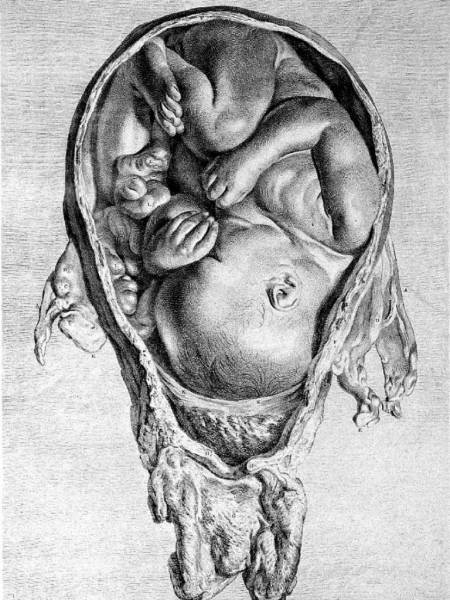 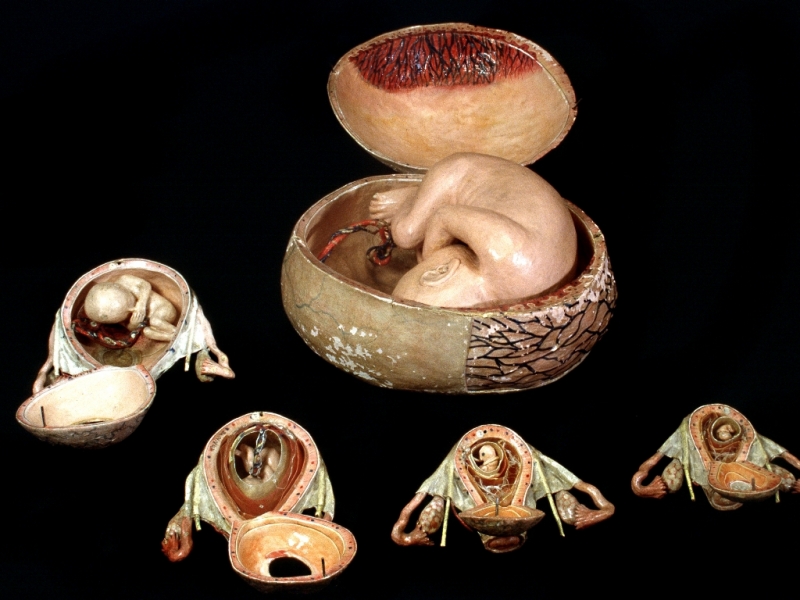 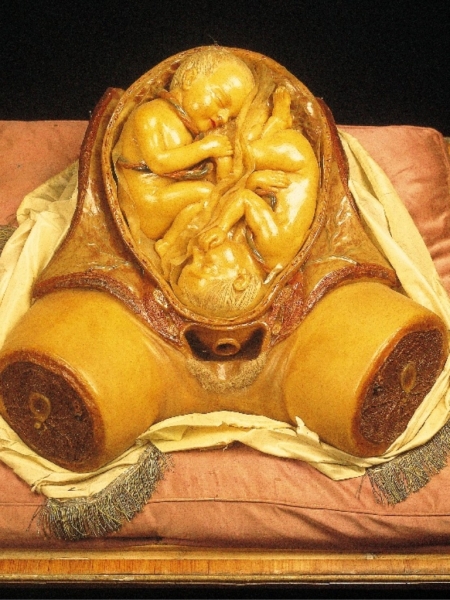