The history of medicine was recorded by artisans of the past through their creations on canvas and in the workshop. 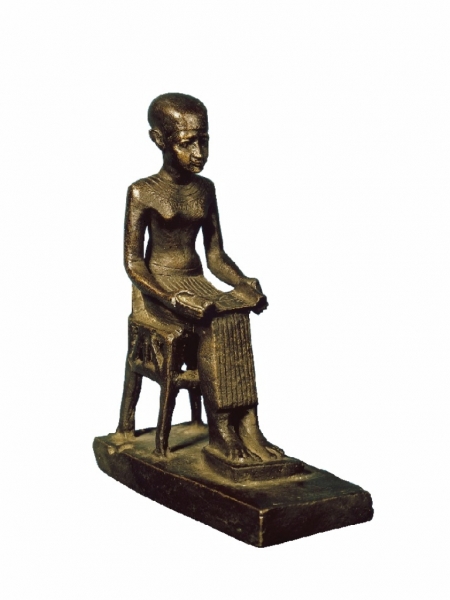 Twenty-sixth dynasty bronze statuette of Imhotep, Egyptian god of medicine (664–525 B.C.)
Imhotep (2655-2600 BC), or "the one who comes in peace," was an Egyptian architect, engineer, and physician. Two thousand years after his death he was accorded the status of a deity, and was considered the founder of medicine.
, 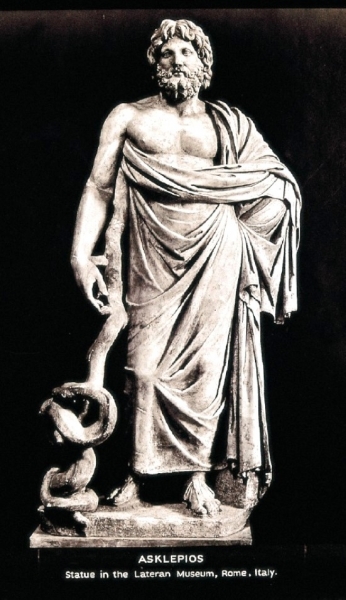 Aesculapius, the Roman god of medicine (a second century marble statue)
Asklepios was first mentioned in Greek literature in Homer’s Iliad as the father of two physicians, Machaon and Podalirius, both of whom served in the siege of Troy in about 1180 B.C. As the stories of his great medical prowess grew, Asklepios’ legend took on religious connotations. He was eventually thought of as a halfgod since his father was the Greek god Apollo and his mother was Coronis, princess of Thessaly. The Romans subsequently adopted Aesculapius as their god of medicine. For nearly one thousand years (500 B.C.-500 A.D.), those seeking medical treatment traveled to any of about two hundred Greek Temples of Asklepios to take part in a healing ritual called incubation. The temples, or Asclepieia, were sprawling complexes comprised of a central structure devoted to worship and healing surrounded by baths, gymnasiums, and perhaps a theater.
, 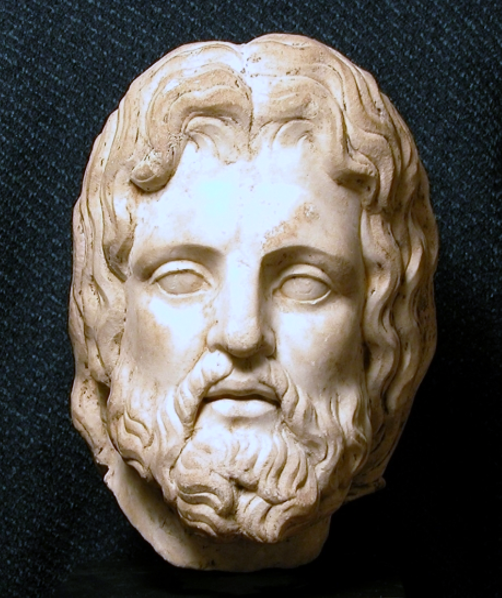 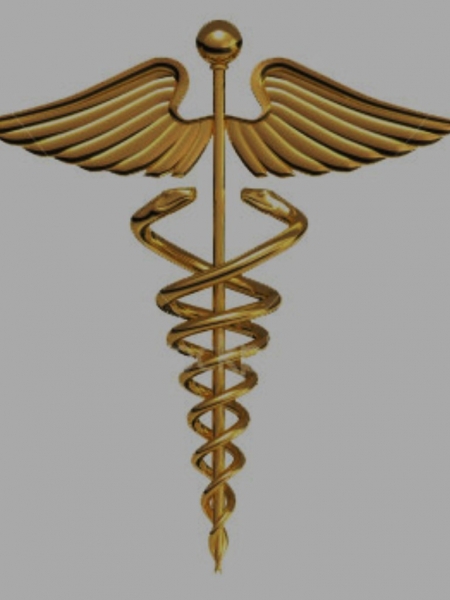 the caduceus
The medical staff of Asklepios with a snake wrapped around it likely has its origin from the legends surrounding Greek mythology and is probably the first recognized medical symbol. In about the seventh century another image, the caduceus, became linked to healing and it is the symbol most associated with medicine today. This familiar emblem is a staff with wings at the top and entwined snakes below, and was initially the magic wand given to Hermes (or the Roman god, Mercury) by Apollo in order to help guide the souls of the dead to the lower world. Hermes was an ambassador of peace and threw his magical rod between two fighting snakes which then stopped their battle and wrapped themselves around the rod. The wings were added as a result of the image of Hermes as a swift messenger.
, 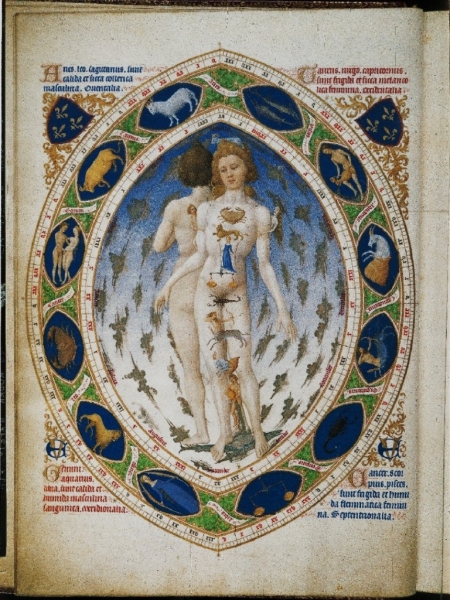 The Anatomical Man and Woman
In addition to religion, astrology played an important part in the early provision of medical care. Physicians literally looked to the heavens for advice and followed the relationships of the stars and phases of the moon very carefully for guidance in their selection of the proper medication and appropriate timing for surgery, bleeding, and purging. This is a zodiac representation in the calendar miniature from the Trés Riches Heures du Duc de Berry (1416) by the Limbourg brothers
, 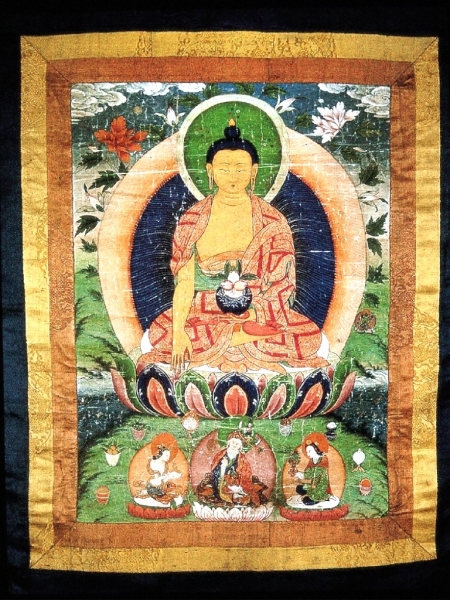 gouache painting by an unknown Tibetan artist (date unknown)
Early Tibetan therapy included behavioral modification in the form of meditation, spiritual advice, exercise, and diet. Herbal medications and contemplation were also employed in an attempt to understand the nature of life. This is Bhaisajyaguru, the medicine Buddha Thangka holding in his left palm an alms bowl filled with healing nectar and the medicinal plant myrobalan.
, 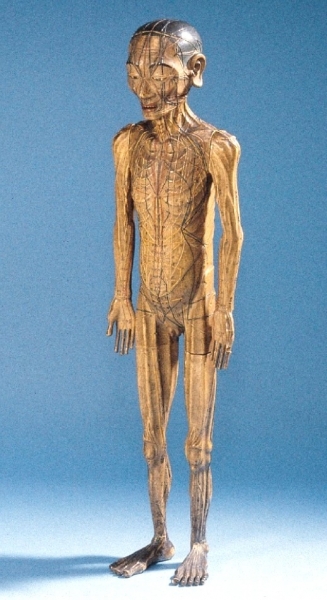 wooden Chinese acupuncture figure from the Ming Dynasty (late seventeenth century)
In ancient Chinese medicine, the body was felt to be an energetic system composed of twelve meridians with about 365 energy channels surrounding the various organs, each nourishing a part of the body with the life force, or Qi. Disease (and a pathologic Qi) would be the result of an interruption in those channels. Once a particular problem was identified, physicians placed needles at the relevant channel to stimulate the flow of Qi in order to correct the imbalance between the Yin and Yang, and thus an internal disorder could be treated without surgical intervention.
, 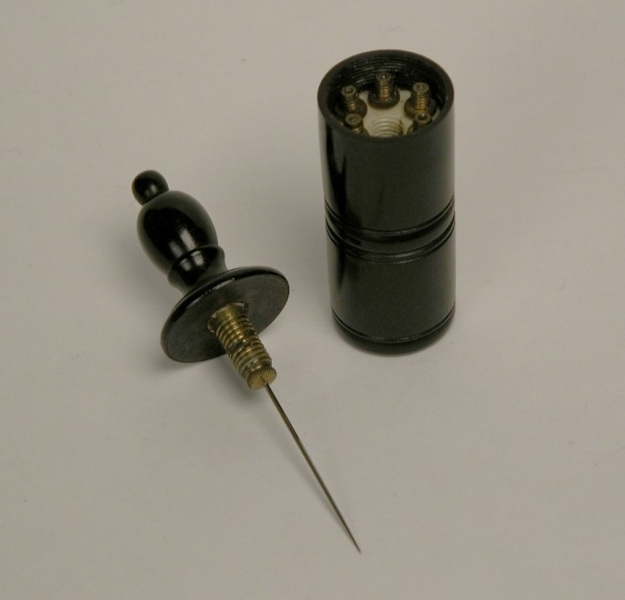 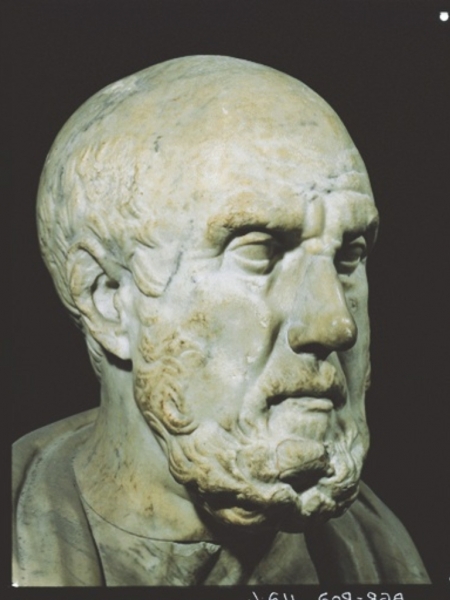 Marble bust of Hippocrates (ca. sixth century B.C.)
Hippocrates of Cos (460-377 B.C.) is considered the “Father of Medicine” and elevated the practice of medical care from the realm of mystery, magic, and religion to become the first physician to employ common sense and logic in the treatment of his patients. He believed that it was only after a careful observation and study of the human body that one could understand the causes of various illnesses, and thereby discover appropriate therapy. He rejected previous superstitions suggesting that disease was the result of displeasure by the gods and the anger of evil spirits. Hippocrates established a unified theory regarding the etiology of various diseases that subsequently influenced medical care for centuries. In his proposed rules of harmony, he taught that all body systems were naturally balanced and that disease was a result of an interruption in those relationships. Galen became the heir to Hippocrates, and was similarly concerned with the importance of maintaining a balance between the four bodily fluids.
, 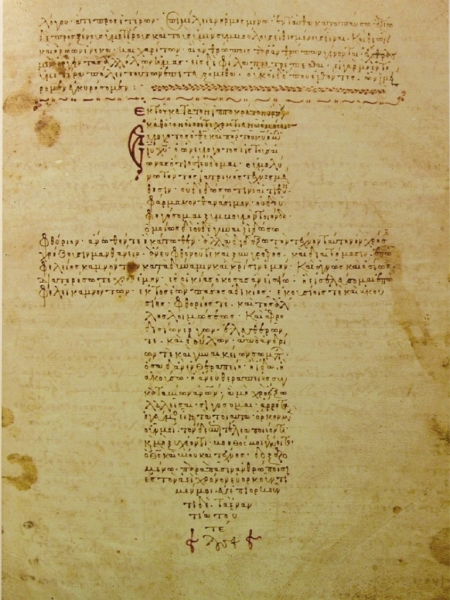 Oath of Hippocrates from a tenth century Urbinas text
Hippocrates founded his famous school of medicine on the Greek island of Cos, where he created a code of ethics, the “Hippocratic Oath” which is still recited at many medical school graduation ceremonies. The first half of the oath relates to the duties of a pupil toward his teacher, while the second remains quite controversial since it mentions abortion and suicide, topics that continue to be debated today (and was probably written by multiple authors at a later time).
, 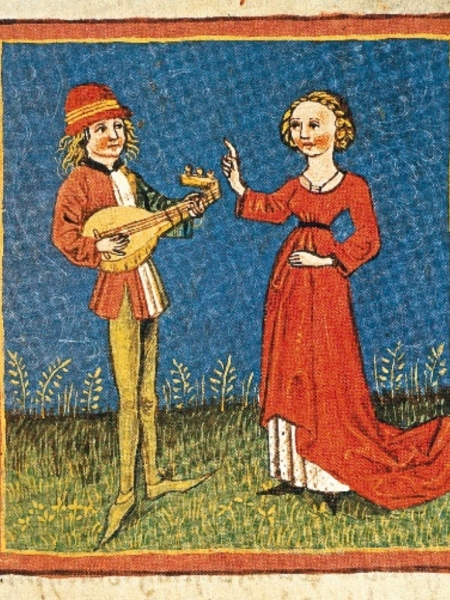 the four humours of Galen in a thirteenth century manuscript (ca. 1472)
Blood: A sanguine individual had a rosy personality and was known for laughter, music, and passion.
, 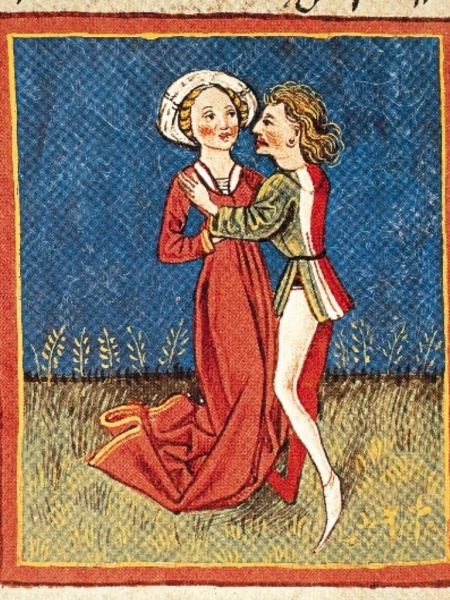 the four humours of Galen in a thirteenth century manuscript (ca. 1472)
Phlegm: A phlegmatic personality was obese, sluggish and dull, often characterized by the respiratory symptoms of a chronic, productive cough.
, 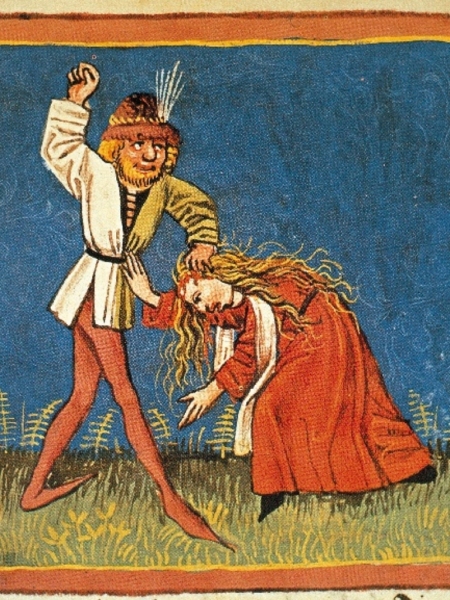 the four humours of Galen in a thirteenth century manuscript (ca. 1472)
Yellow bile: A choleric individual was quick to anger, thin, energetic, arrogant, and intelligent.
, 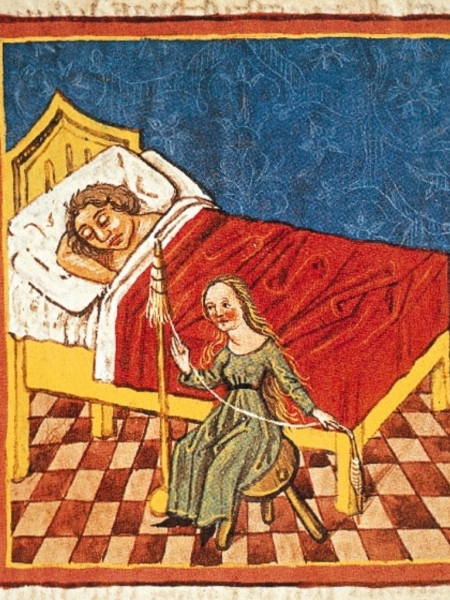 the four humours of Galen in a thirteenth century manuscript (ca. 1472)
Black bile: Someone who was melancholic was dark, hairy, and had a depressed, gloomy personality (melan meaning black).
, 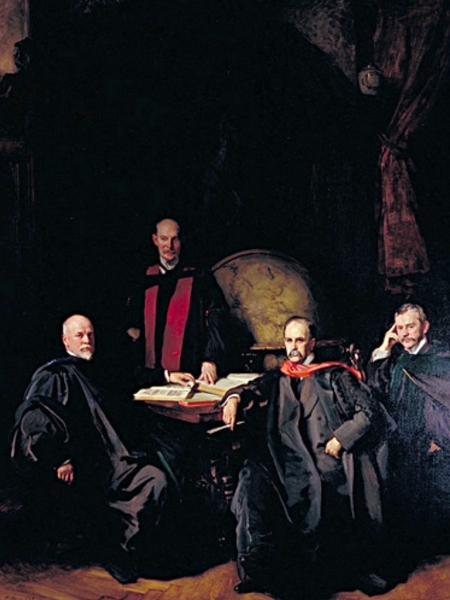 Ther Four Doctors (1906) by John Singer Sargent
Represented here are not only the founding fathers of the Johns Hopkins School of Medicine, but they are the physicians responsible for the modern method of medical training based on clinical observation at the bedside. Pictured from left to right are: Dr. William H. Welch (the first Dean of the school), Dr. William Osler (extraordinary clinician and author of the first great modern textbook of medicine) Principles and Practice of Medicine, Dr. William S. Halsted (pathologist who set up the intern/resident postgraduate training program) and Dr. Howard A. Kelly (obstetrician).
, 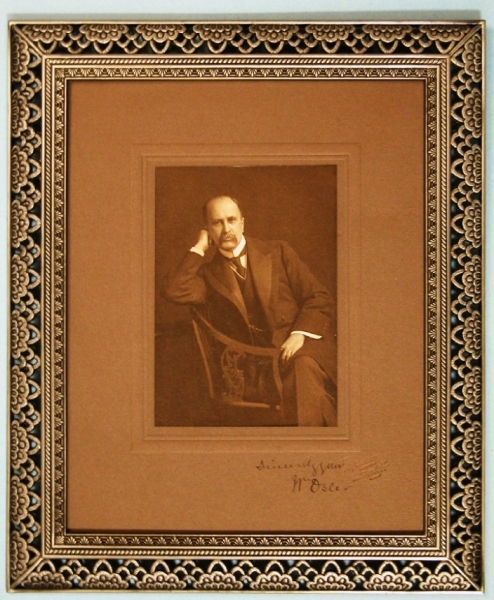 autographed photo of Sir William Osler while in Baltimore
, 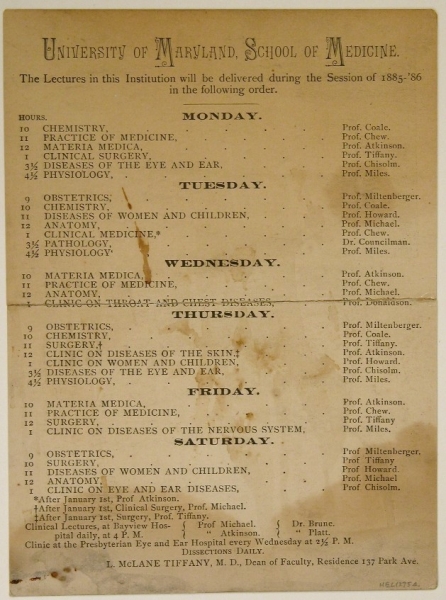 class schedule for the University of Maryland School of Medicine, 1885-1886
Medicine Infectious Diseases