The history of dentistry is easily revealed through the beautiful art that has recorded some of the major high points of this specialty. 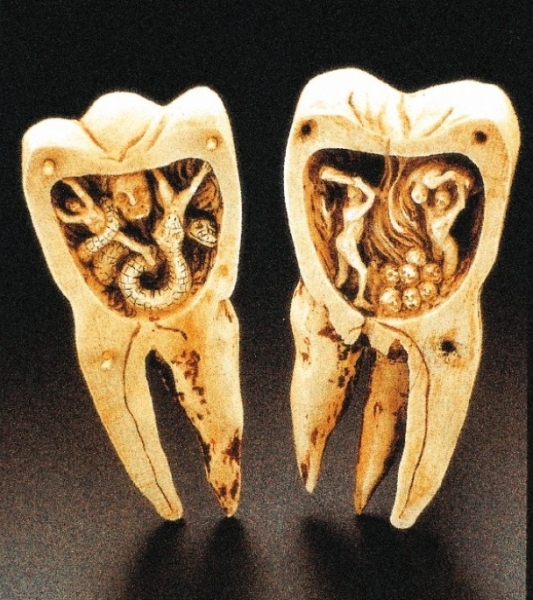 ivory teeth with images of a tooth worm and suffering in Hell (ca. 1780), from southern France
For centuries, the “tooth worm” played a mythical role as the primary cause of dental disease and discomfort by chewing through teeth to cause decay and destruction.
, 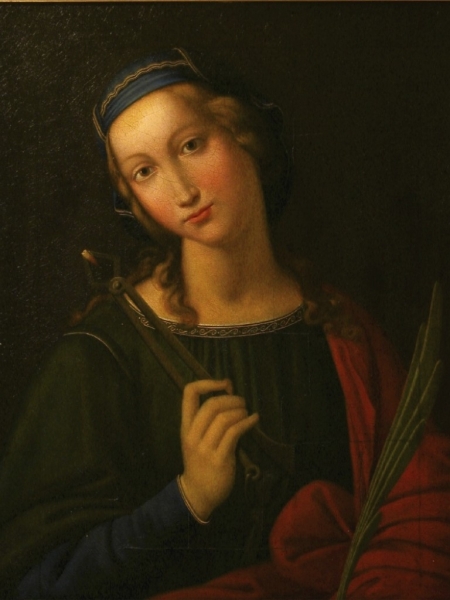 Nineteenth century reproduction(?) of Saint Apollonia, oil on canvas by Sassoferrato (Giovanni Battista Salvi) (1609–1685)
For centuries, the pathophysiology of dental disease was a mystery, leaving an opportunity for those dealing in superstition and the occult to explain the unexplainable. Many turned to religion and as a result St. Apollonia became the patron saint of dentistry after her execution in 249 A.D. Her image is found in churches throughout the world, and she is usually pictured carrying pincers holding a tooth in her right hand and a martyr’s palm in her left.
, 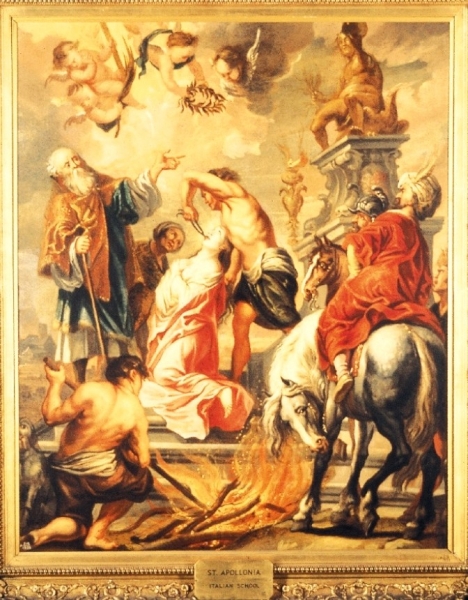 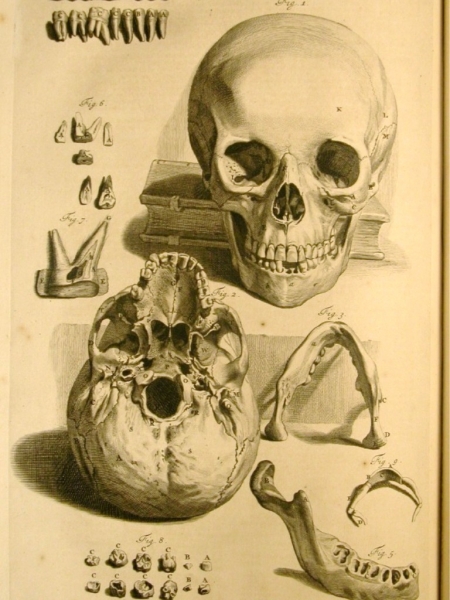 The Anatomy of Humane Bodies (1698) by William Cowper
Prior to the eighteenth century, dental anatomy was included only as a part of more comprehensive medical anatomy texts, as in this illustration.
, 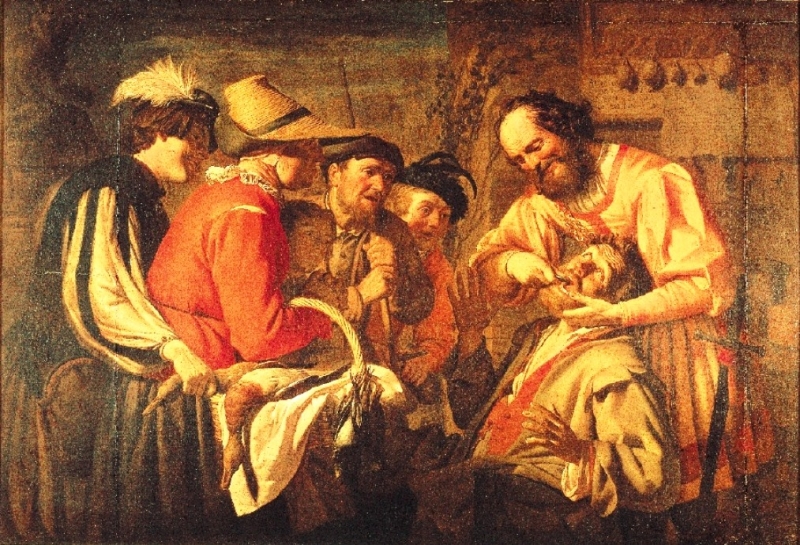 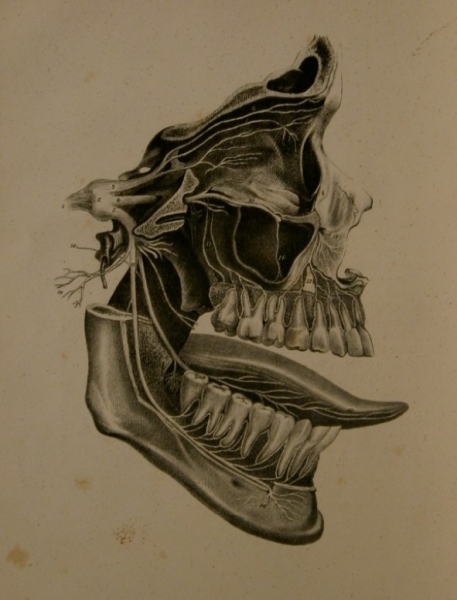 The Anatomy, Physiology, and Pathology of the Human Teeth (1844) by Paul B. Goddard
This is from an early American text on dentistry.
, 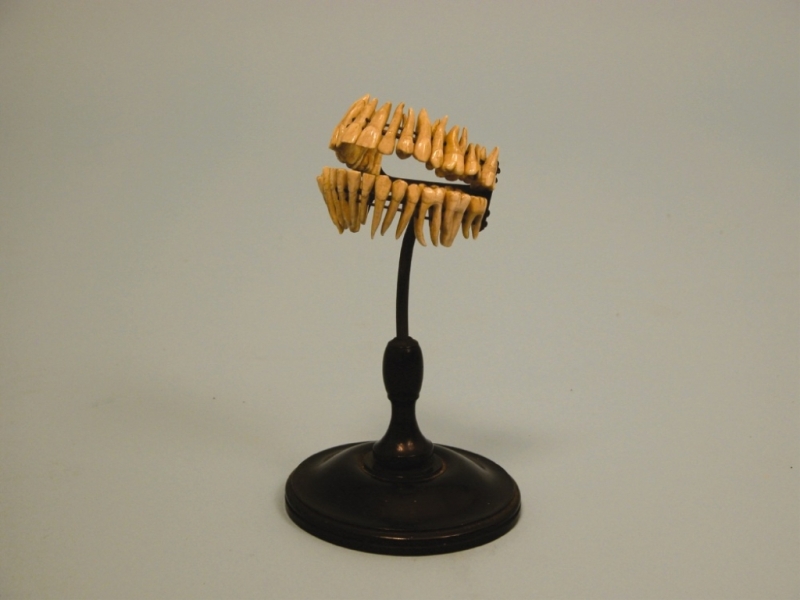 hand-carved ivory teeth (ca. 1840)
Early anatomic dental models are rare, but fortunately some have survived from the nineteenth century.
, 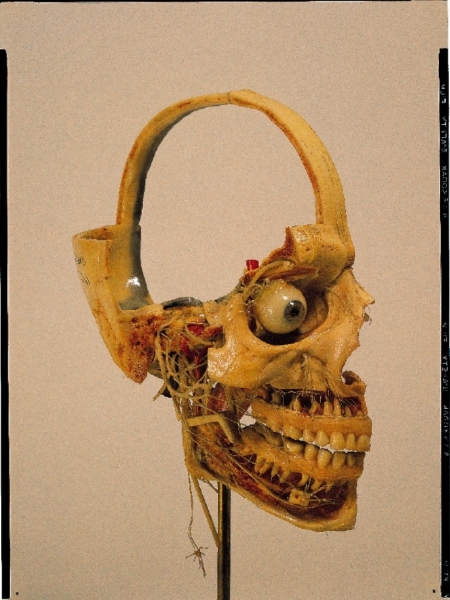 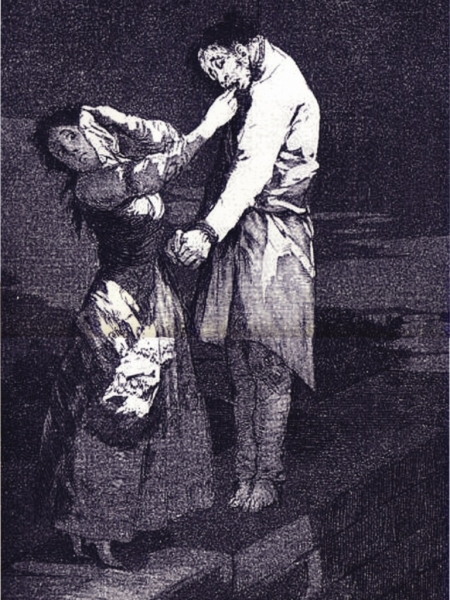 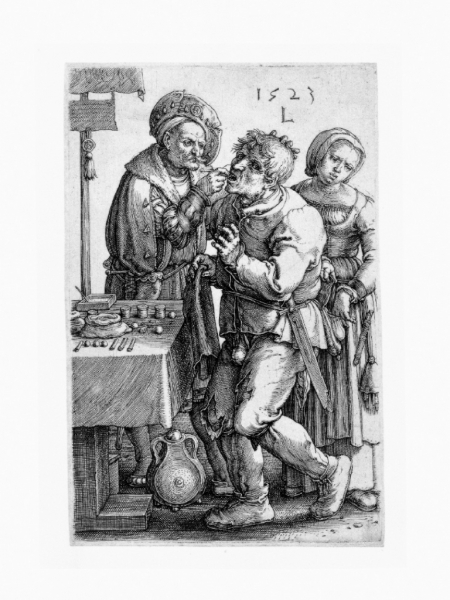 The Dentist/em> (1523), copperplate engraving by Lucas van Leydon
Dental extraction was frequently the treatment of choice for dental disease even into the eighteenth century. Note that while the dentist on the left is removing the patient's tooth, his assistant on the right is removing his purse.
, 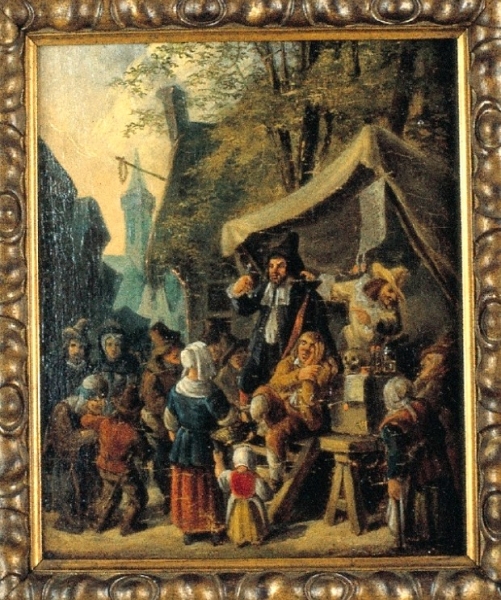 Quacks on stage, oil on wood attributed to a painter from the Netherlands
“Tooth pullers” and barber-surgeons, who also practiced minor surgery and bleeding, spent most of their time out-of-doors and traveled from one town to another, often in a carnival atmosphere with music, jugglers, and magicians.
, 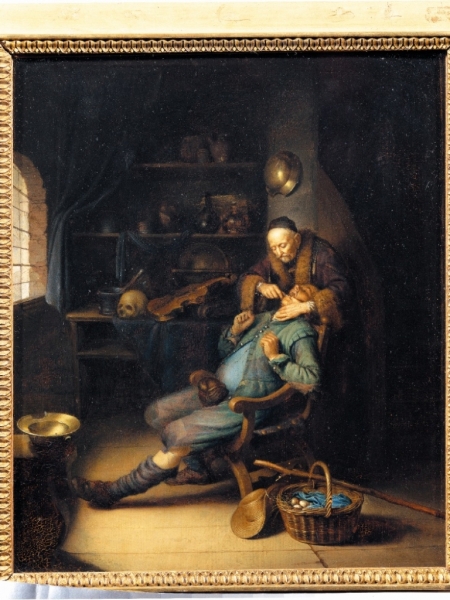 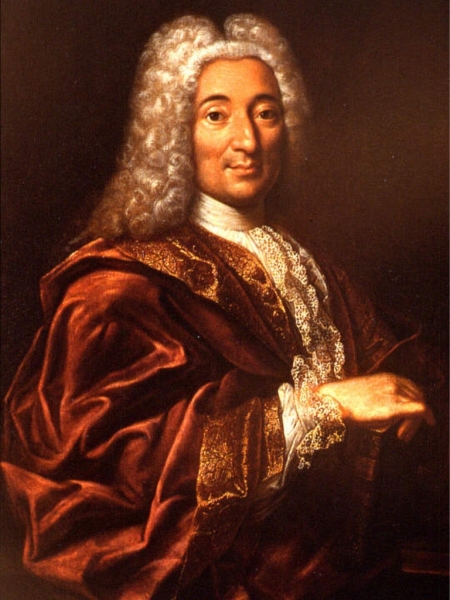 Pierre Fauchard (1678-1761)
Early physicians interested in diseases of the mouth and gums finally began to gain respectability with the publication of Le Chirurgien Dentiste, ou Traite des Dents in 1728 by Pierre Fauchard. Fauchard is now recognized as “the Father of Dentistry,” and was the first to use of term “surgeon-dentist,” forever changing dentistry from a trade of tooth-pullers to a true profession of specialists.
, 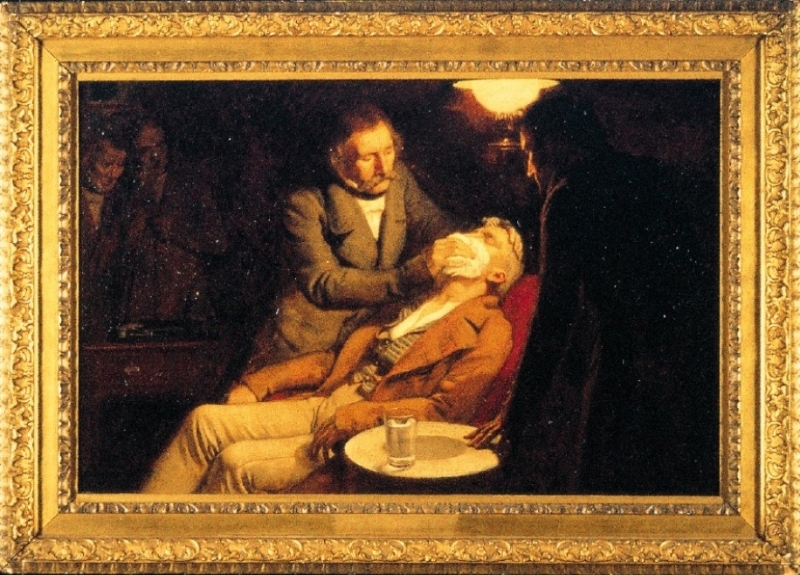 The First Use of Ether in Dental Surgery (1846), late nineteenth century oil on canvas by Ernest Board
A dentist, Dr. William T.G. Morton, has been given credit for the discovery of anesthesia, one of the most important discoveries in the history of medicine.
Dentistry Dental Instruments