Other than in the case of a cesarean section or a mastectomy, there was little invasive surgery available to women prior to the discovery of anesthesia in the mid nineteenth century, though a number of instruments were designed for women prior to that. 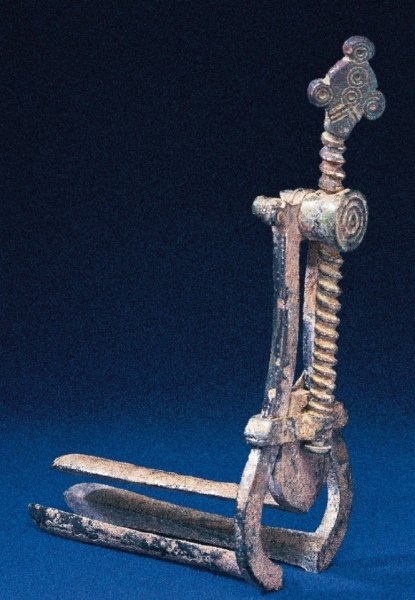 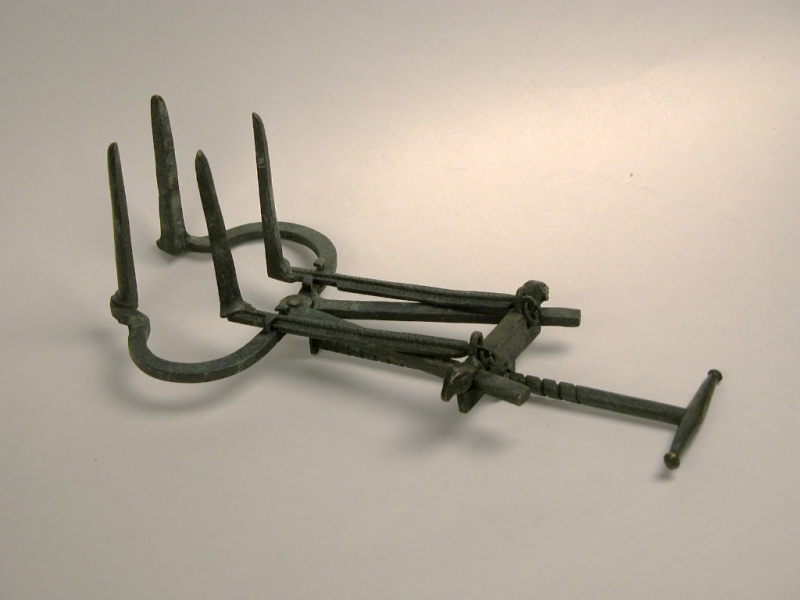 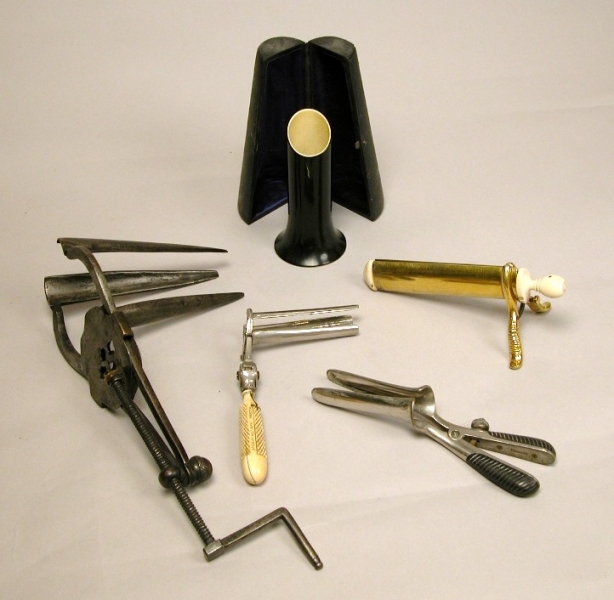 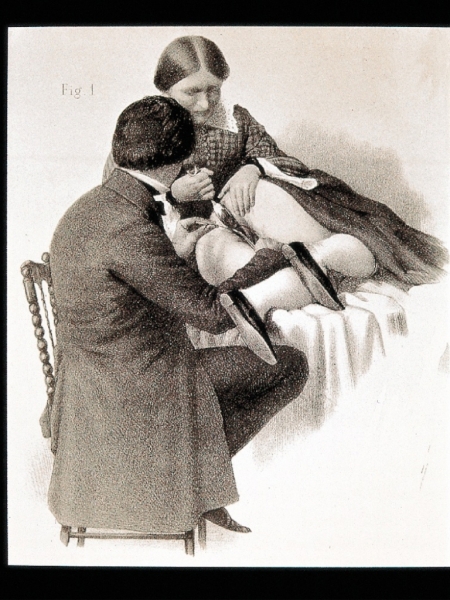 The surgery, surgical pathology, and surgical anatomy of the female pelvis organs, 5th ed. (1882) by Henry Savage
This is a lithographic representation of the repair of a vesicovaginal fistula in Sim's position. This condition was first successfully treated by Dr. James Sims in the nineteenth century, but women around the world still suffer from this tragic complication of giving birth.
, 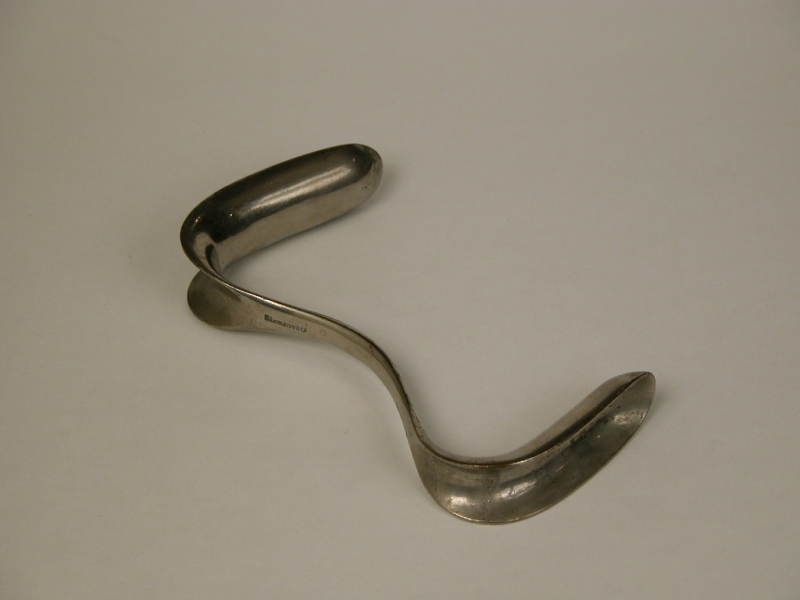 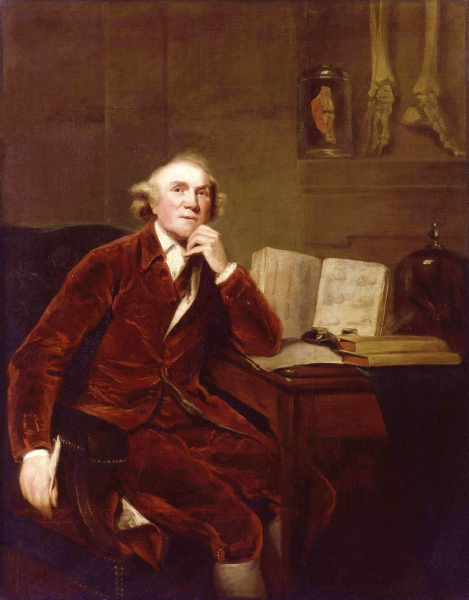 John Hunter
John Hunter was an 18th century Scottish anatomist and surgeon who is recognized as one of the most important physicians in the history of medicine. It was he who made surgery a science by introducing the modern investigative approach to this specialty.
, 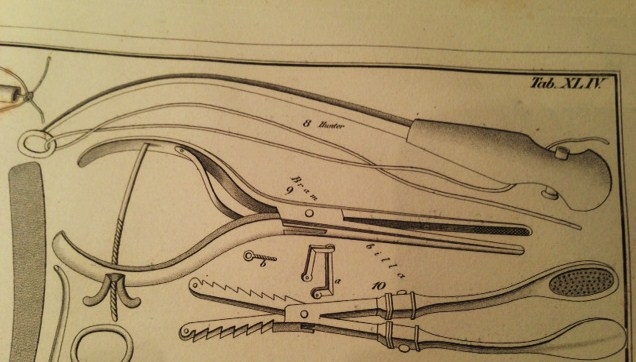 Eighteenth Century Surgical Instruments
This is a page from Volume IV of Benjamin Bell's "System of Surgery" (1804) illustrating several contemporary surgical instruments one of which was designed by Dr. Hunter. The upper illustration shows his polypus loop which was used for the removal of uterine polyps and for aneurysm repair.
, 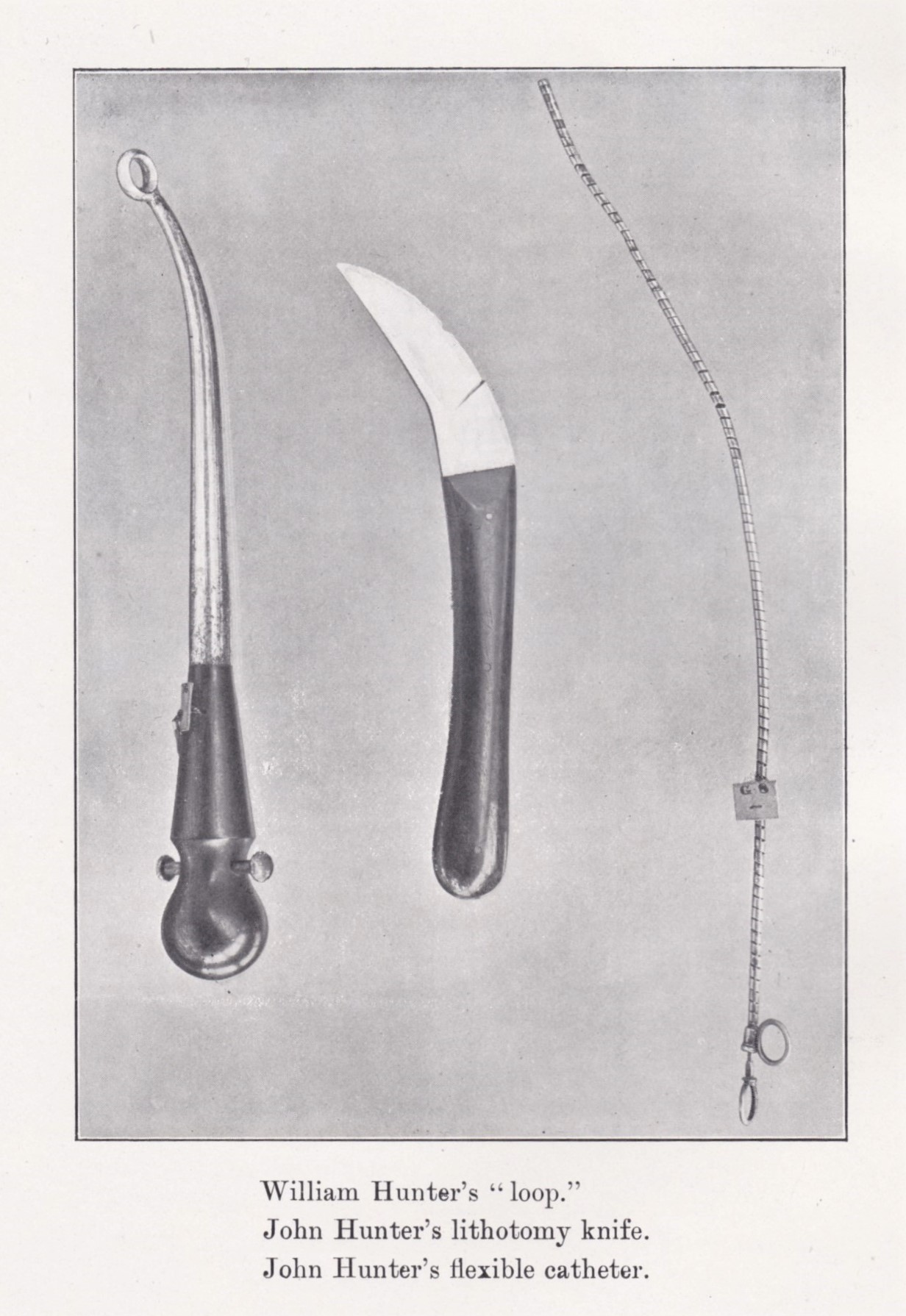 Hunter Instruments
This is an illustration from Thompson's "Guide to the surgical instruments...Museum, Royal College of Surgeons, England." 1929. Here is Hunter's polypus loop along with the other instruments that were lost in the 1941 WWII bombing that destroyed the museum.
, 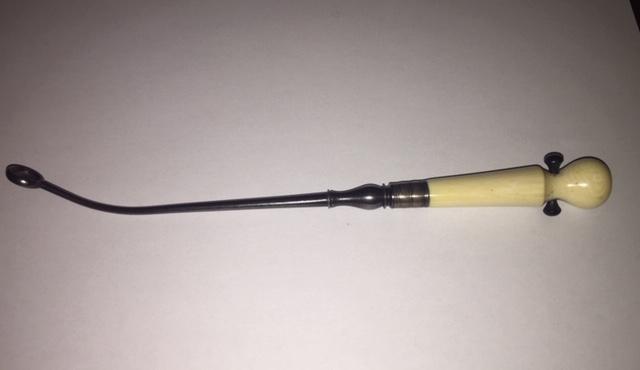 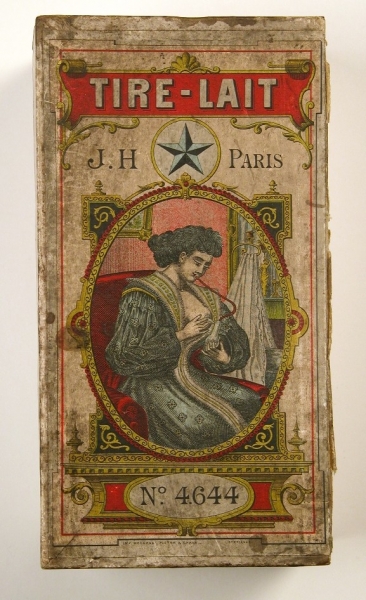 Tire-Lait box for a breast pump
, 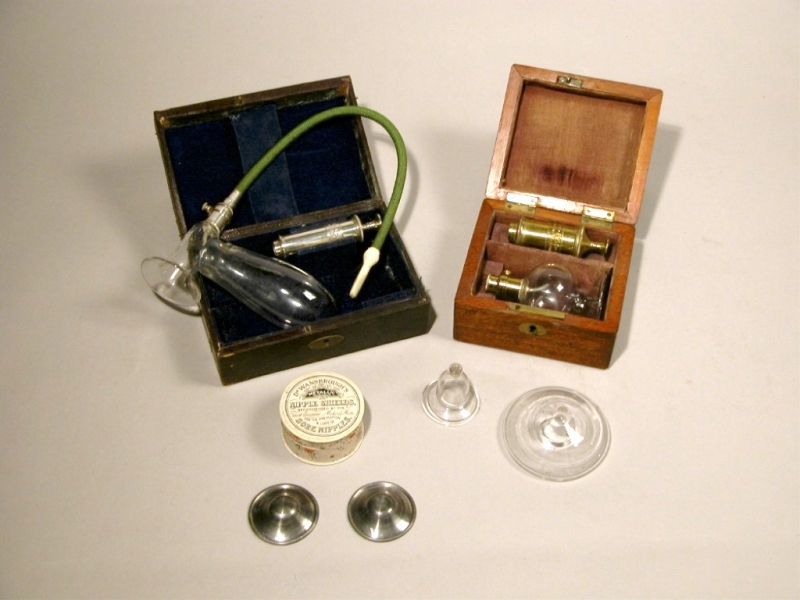 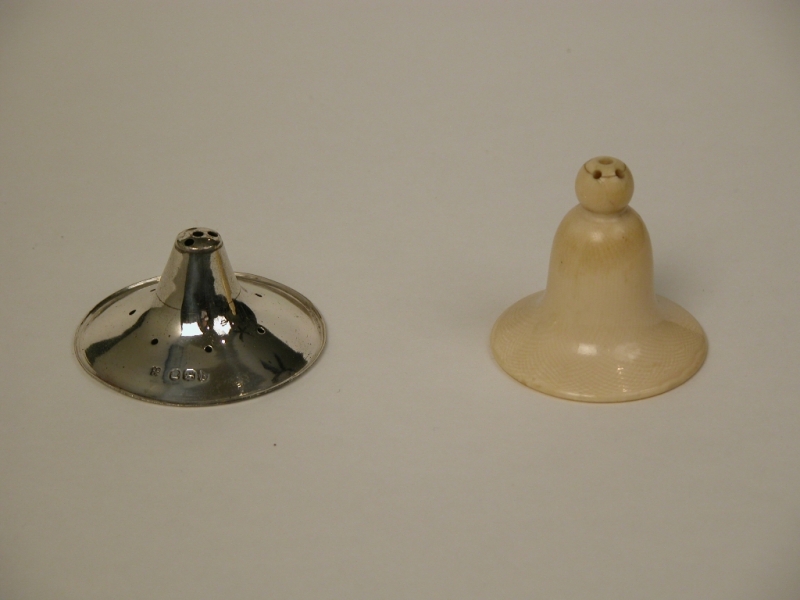 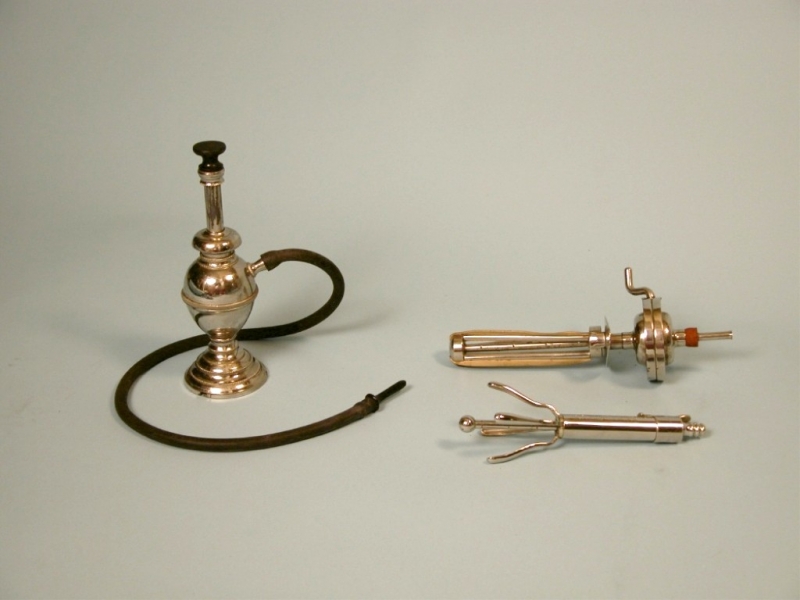 Repositor by Sharp and Smith, Nineteenth Century
Male physicians often attributed various women’s disorders such as pain, dysmenorrhea, and mood swings (called "hysteria) to an abnormally placed, or “dropped” uterus, and the obvious therapy was to reposition this organ with an instrument called a repositor.
, 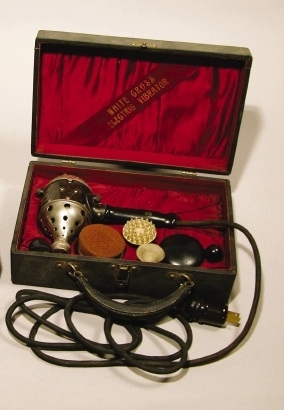 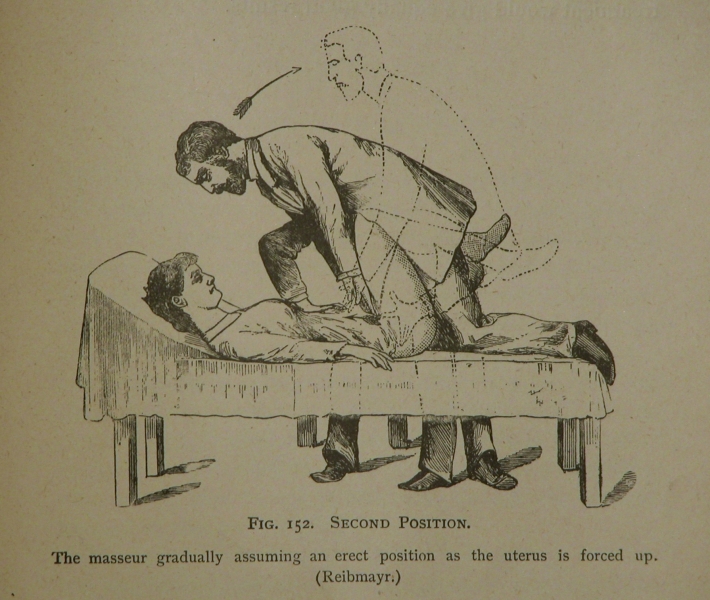 Uterine Massage
Manual repositioning was the office treatment for a retroverted uterus (and "hysteria'), from A Practical Manual of Gynecology, 1891
Instruments of Destruction Urology