Otolaryngology, or the study of diseases of the ear, nose, and throat, became a recognized branch of medicine at the end of the nineteenth century with the discovery of anesthesia though physicians had always been called upon to do their share of surgery on the head and neck because of trauma that had accompanied ongoing conflicts throughout history. 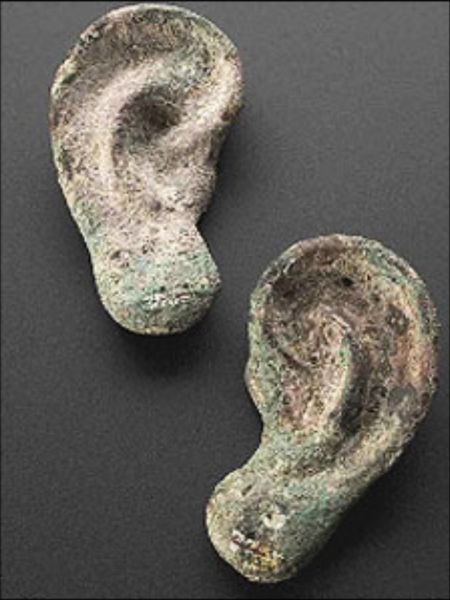 votive ears from the British Science Museum
the external and internal ear
, 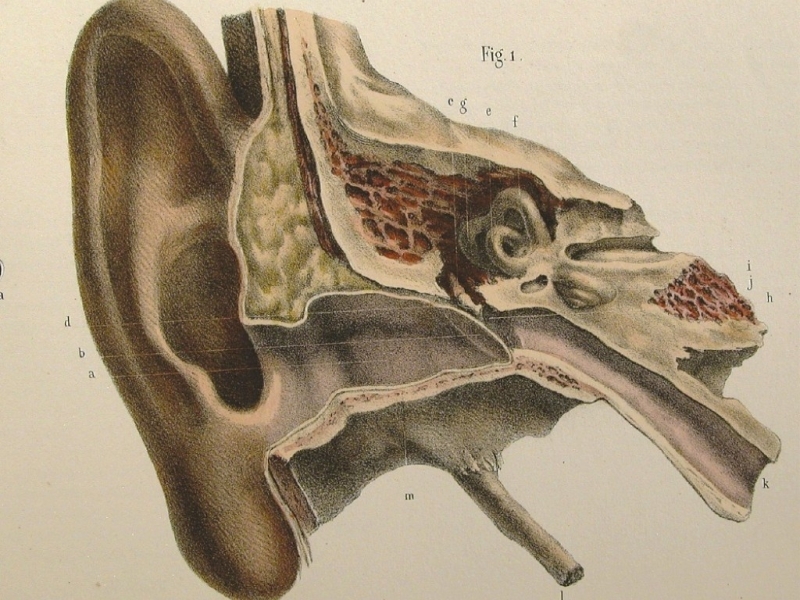 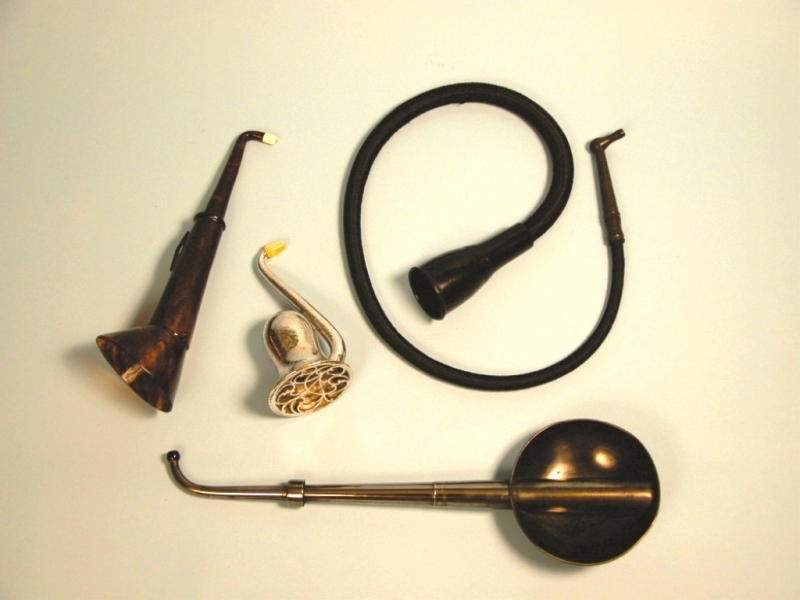 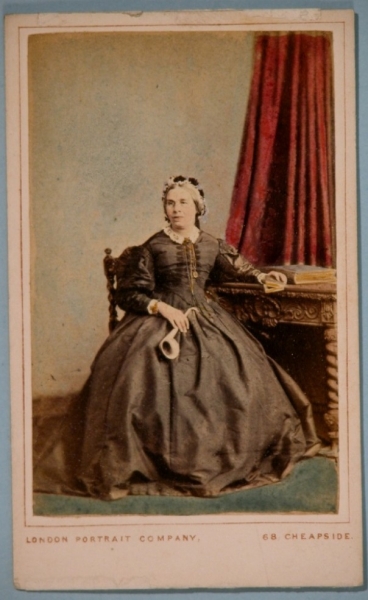 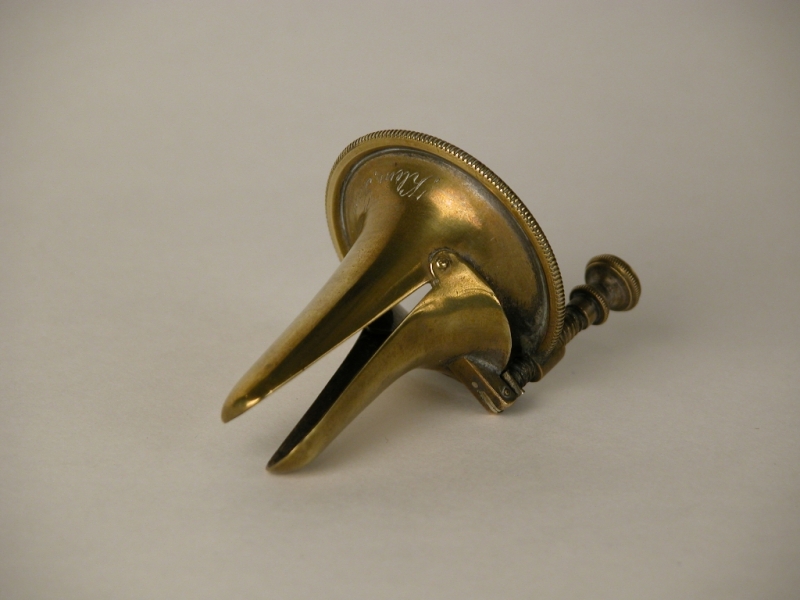 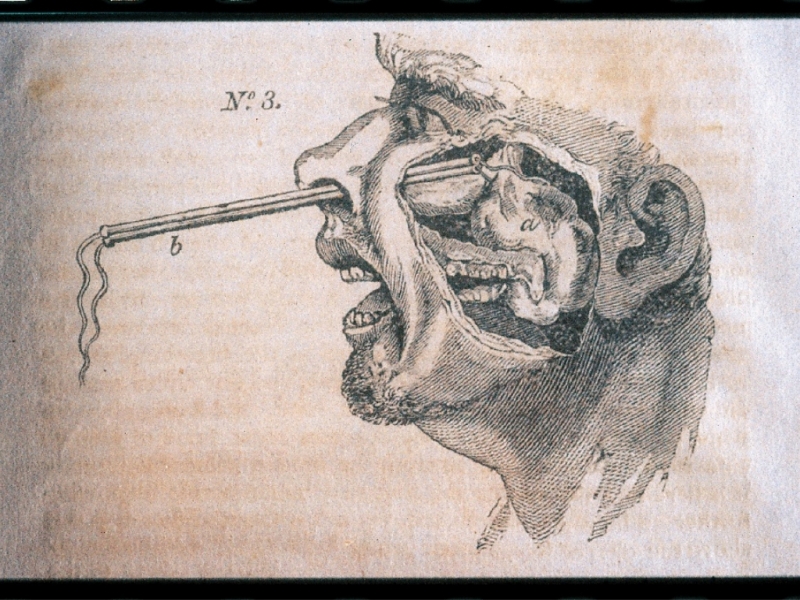 The Principles of Surgery (1812) by John Bell
This is an illustration of nasal packing for the treatment of nose bleeds, a problem recorded as far back as in the time of Hippocrates.
, 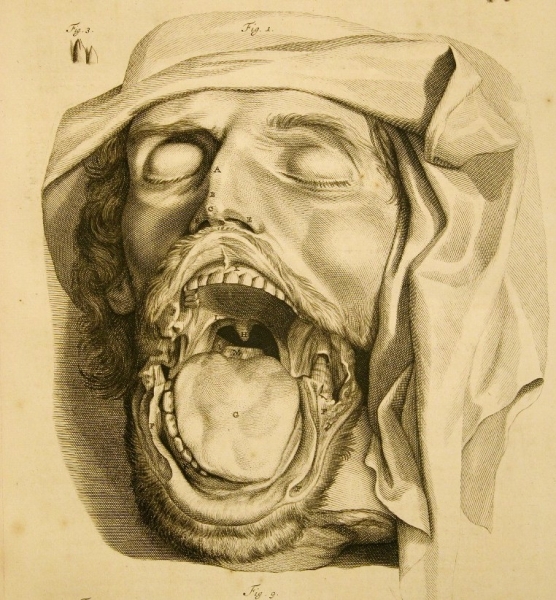 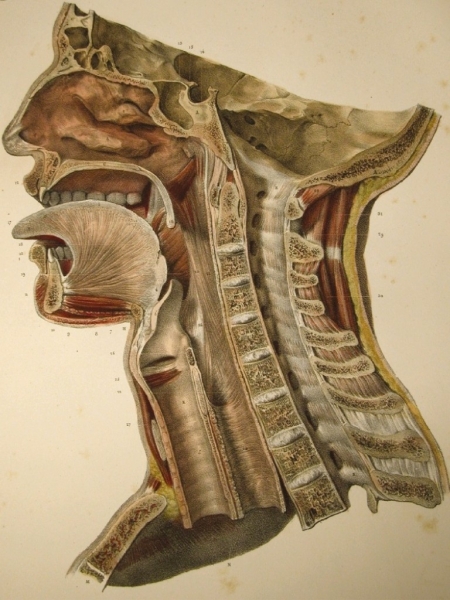 Anatomia humani corporis (1685) by Govard Bidloo
an illustrated saggital section of the neck
, 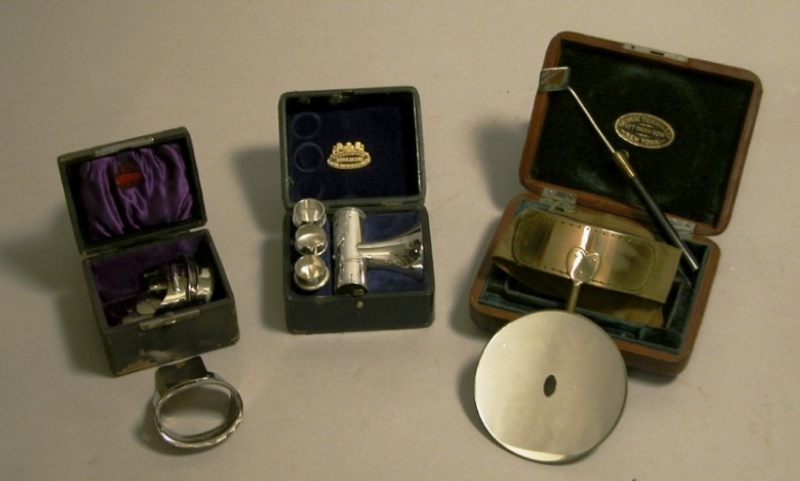 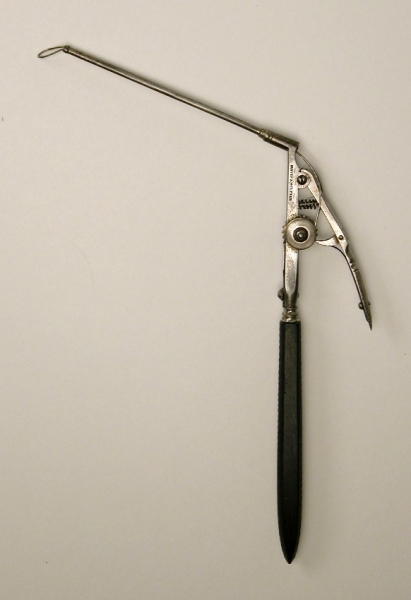 tonsillar snare by Mayep & Meltzer, late eighteenth centiury
for the removal of polyps
, 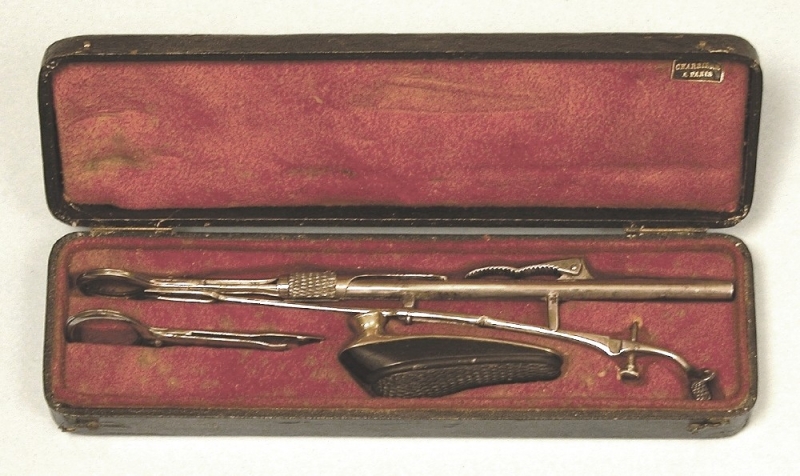 Throat Scarificator
A 7" long instrument used for lancing abcesses in the throat and scarificating the amygdalae. It is spring-loaded and made by DOWN BROS LONDON/SILVER".
, 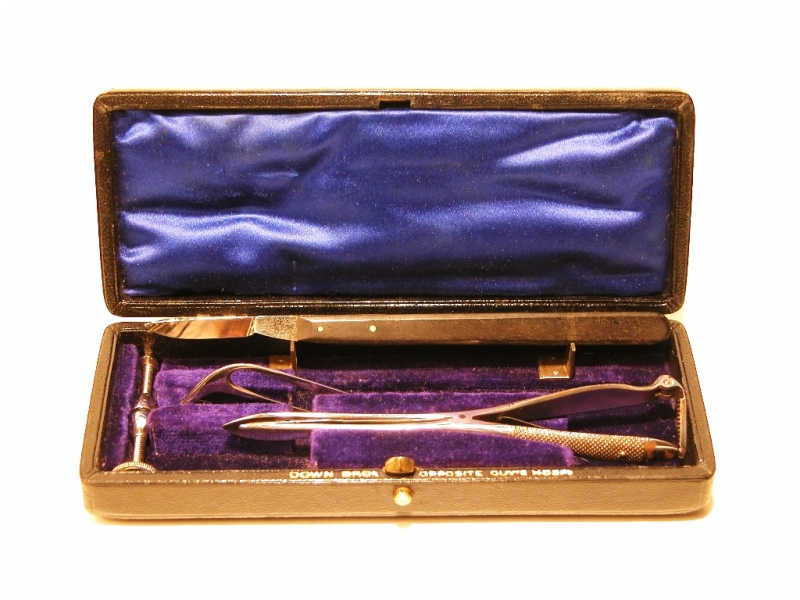 cased quinsy set by Down
Quinsey was the term used for a peritonsillar abscess, and may have been the cause of George Washington's death.
, 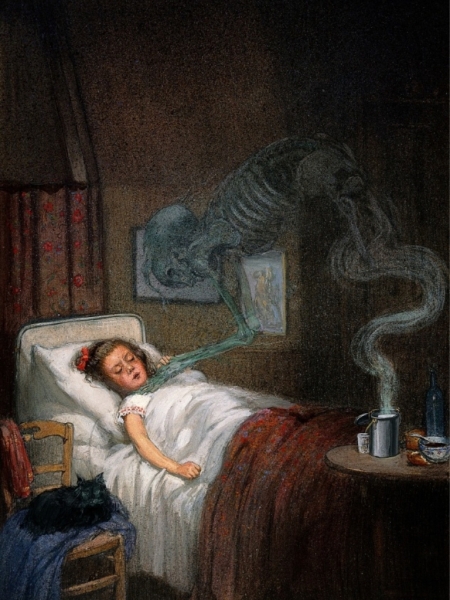 Diphtheria Trying to Strangle a Small Child (ca. 1910)
All diseases affecting children are tragic, though one of the most devastating is diphtheria because of the fact that the treatment has been so dreadful, and the suffering so heartbreaking. This watercolor is by Richard Tennant Cooper.
, 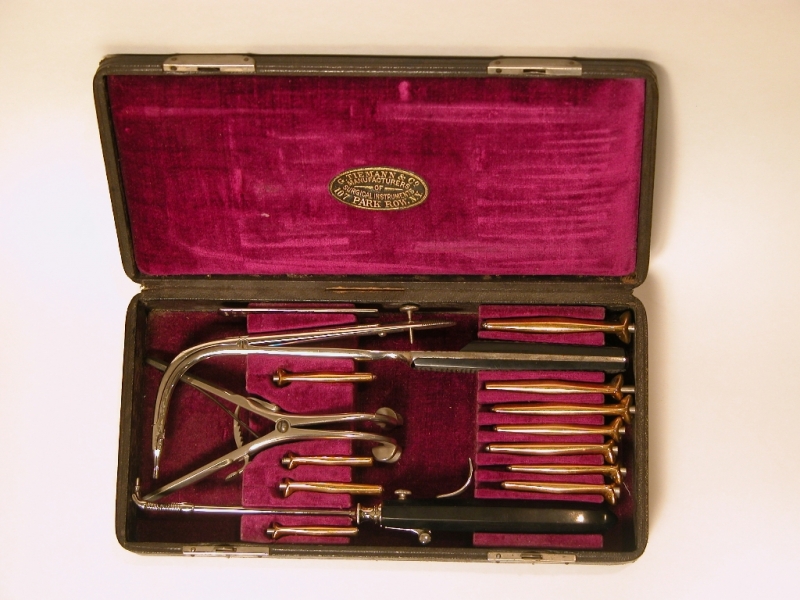 O’Dwyer tracheotomy set by Tiemann (ca. 1880)
Tracheotomy was the only available treatment for diphtheria, and only temporized until hopefully the child recovered.
, 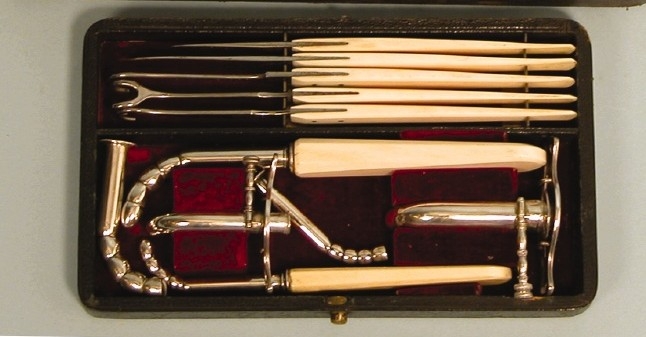